The public rivalry between Meghan Markle and Duchess Kate Middleton only really exists in the minds of fans and the media.

The royal family is also known for its refusal to air its dirty laundry in public. Statements from the firm on private family matters are relatively rare, which is why I’m confused so many are shocked or even offended by the silence on Meghan’s miscarriage.

Duchess Kate Middleton and the royals do things differently. They’re more discreet in their approach

While fans of Meghan perhaps understandably expect a big deal made of Meghan and Harry’s harrowing plight by all and sundry, the truth is that the royals don’t operate like that.

Meghan and Harry do, but they are by no means the royal standard.

This seemingly hasn’t stopped fans of Meghan Markle in both the media and public life from dreaming up weird scenarios in their minds.

Scenarios where Duchess Kate Middleton breaks with royal protocol to reach out to Meghan, defying her family and living out some strange Hallmark movie storyline.

A piece published in the entertainment section of an Australian news site is perhaps among the strangest of all.

Did Duchess Kate Middleton arrange a royal visit as a secret message to Meghan?

Yep, you read that correctly.

I hope that the whole piece is some Australian humor that I don’t understand, but I suspect not.

If you cast your mind back to last month, Duchess Kate Middleton paid a visit to a department of Imperial College London that deals in miscarriage, stillbirth, and premature birth.

The official reason? It was National Baby Loss Awareness Week.

Nothing unusual there, right? Wrong.

Was the visit actually all about Meghan Markle?

Joke or not, some Meghan Markle fans will lap this kind of conspiracy theory up

That’s right. The women Kate met who had been affected by these issues on her visit were all just a side-issue to the real reason she was there.

Now sure, the visit did coincide with National Baby Loss Awareness Week, but Kate has never before marked this annual week with an official engagement before now. So why this year?

The article in question does begin by taking a pop at the Queen, and it refers to the royal’s German ancestry in a tongue in cheek manner, so it could very well all be a big ol’ Aussie chucklefest that has went way over my head.

However, before Kate’s October visit to the Institute, miscarriage and pregnancy loss had never really figured as part of her work in this area. Could Kate, having found out in July that her sister-in-law had lost her second child, decided she wanted to make a significant gesture of public support without actually revealing to the world what Meghan had gone through? 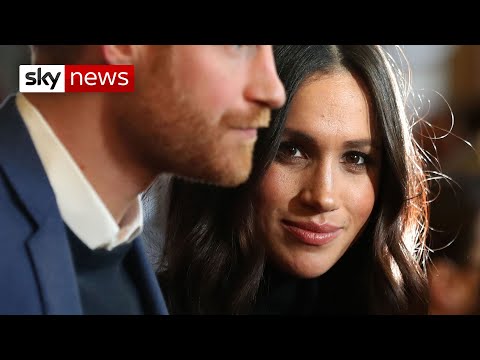 The truth is, the Sussexes have had royal support during this trying time

While self-promotion and “woke” social media posts will never be a royal strong point, the truth is that the royal family in Prince Charles and Prince William have been offering support to Prince Harry and Meghan.

A royal source has claimed that despite the public silence, support has come privately in abundance.

As it should be. Or would it be better for Duchess Kate Middleton and Prince William to post on Twitter? Who would that serve to benefit? Not Harry or Meghan.

It would give the media something to write about, though, right? Which is what really matters to some elements of the industry.

While decrying the royals for not posting on social media about Meghan and Harry’s loss, the author of this bizarre article comments:

I, for one, truly hope that Kate was indeed staging an exercise in demonstrating trans-Atlantic solidarity with Meghan. This would at least mean that while the current Queen might not have done much for her gender, at some point in the future, we will get one who knows a thing or two about helping out the sisterhood.

It was right there that I knew this was an attempt at comedy.

Congrats! You got me! I almost took you seriously for a second!