The hard work and different approach that both Prince William and Duchess Kate Middleton have taken during the recent pandemic have gone a long way to galvanizing the royal family, in my opinion.

And this is an opinion that has seen a fair bit of criticism on social media. For some royal fans, it’s okay when I’m posting views that they agree with.

As soon as I don’t, though? It’s quickly pointed out that I’m not British and thus don’t actually know anything.

Nothing like a little dose of xenophobia before you have your coffee in the morning! It seems such insults aren’t exclusive to the Sussex Squad!

Like it or not, Kate Middleton is a large part of the modern appeal of the royal family

To those who dismiss my opinions, I’d like to clarify my viewpoint. When I say that the royal family is modernizing and that Prince Charles and the Queen are right to take a back seat to the likes of Prince William and Kate Middleton, I don’t mean that as a slight on the elders of the royal family.

Not at all. I’m a massive fan of both the Queen and Prince Charles.

But I’m sure even the two most recognizable faces of the family over the past twenty years would agree that with a new generation, the royals must portray a modern, fresher image that younger people can identify with.

Will Prince Charles and the Queen have a role to play? Of course they will, no one is disputing that.

The very clever thing the Cambridges have always done is they’ve always given us just enough of a little insight into their personal life, what it’s like at home with George, Charlotte, and Louis, so people understand that they are going through similar things to what everyone else is going through.

The reason Kate and William are resonating with audiences so much at the moment? Honesty

This is another aspect of the appeal of a fresh, younger generation of royals. They bring a completely different vibe to the table. It complements the already popular attraction that the royals have enjoyed for decades. 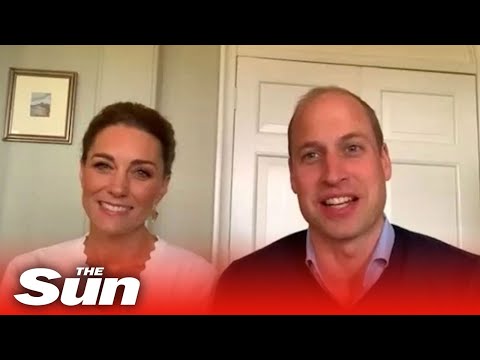 The recent worldwide situation has forced change to how we communicate, and it’s this aspect that has added a more human, personable dimension to the royal family.

In years gone by, the majority of exposure to the royal family was through official channels and events, which are all incredibly formal and choreographed.

Of course, this was through no fault of the royals themselves, before anyone gets angry and wants to remind me of my nationality!

However, the recent change to protocol has opened up Duchess Kate Middleton and Prince William to allow fans and followers a peek behind the curtain of their lives by way of Zoom video calls.

We’ve been delighting in their honesty while showing us the more personal aspect of their lives, including more access to their children.

No one will ever look back on our current situation as anything but an absolute tragedy. It could go down in history as the time when the royal family added a new facet to its worldwide appeal, however.

Prince William and Duchess Kate Middleton are leading the charge, and I’m sure Prince Charles and the Queen couldn’t be prouder.