Many Sussex fans and some celebrities seem to be unaware of the treatment that Kate Middleton faced from the media earlier in her royal life.

I do not believe that Meghan Markle’s treatment by the media is any worse than that faced by Duchess Kate Middleton, but I have sympathy for both women.

Media attention indeed comes with the royal territory, but that does not make it any easier to deal with.

Those royal fans who didn’t jump aboard when Meghan came on the scene will know only too well the treatment that Kate Middleton faced even before it was announced she was dating Prince William.

I know it’s not the trendy thing to say in 2020, but Kate had it far tougher than Meghan ever did.

The Issues Prince Harry Claimed He Didn’t Want for Meghan? Kate Middleton Faced Them Every Day

Remember when Prince Harry would reference his mother when he spoke of the media attention Meghan Markle received?

The only royal female I recall in recent times who’s had to physically fight her way past photographers while they snapped photos less than a foot from her face is Kate Middleton.

While Prince Harry elicits sympathy due to Princess Diana’s tragic end, Prince William was also her son and lives with many of the same demons as Harry.

The only difference is that William isn’t being paid hundreds of thousands of dollars to tell a bunch of privileged JPMorgan bankers about it.

If anything, Prince William saw his future wife in Kate Middleton face a far tougher introduction to royal life than anything Meghan Markle has faced.

I mean, have you ever seen Meghan Markle running down a street lined with photographers trying to get past them and away from them? 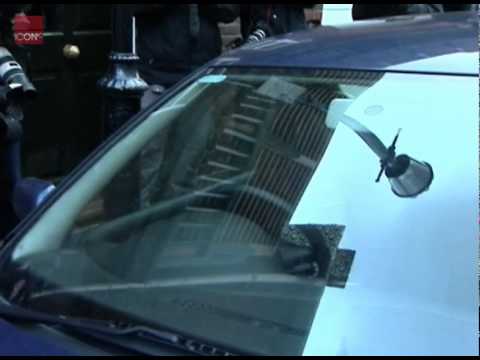 Those of us who followed the royals back in the day will no doubt recall Kate Middleton spending her 25th birthday trying to leave her London flat while some 30 paparazzi got in her face and even blocked her car so she couldn’t leave.

Comparatively, having someone say bad things about you on Twitter or in the Daily Mail pales into insignificance.

Rather Than Blaming Everyone Else, Prince William Took a Stand

Prince William worked with the Palace and Kate Middleton to ensure her transition to royal life was as easy as possible.

While Kate was harassed endlessly by the media, no one claimed that Prince Harry should have “done more,” as we see today with accusations leveled at William and in regards to Meghan Markle’s treatment.

No, Prince William stood up and took control of the situation.

William was aware of the situation and anxious about it. He had seen firsthand how his mother had been harassed by the paparazzi and was determined that Kate not be subjected to the same treatment.

Meghan Markle Received Much of the Same Assistance as Kate Middleton

Despite erroneous claims that the Palace favored Kate over Meghan, the truth is that both young women were given the same kind of support.

The main difference was Meghan and Kate’s attitude and approach.

Kate Nicholl quotes a senior press aide in her book:

We had been introduced to Kate early on, and we were instructed from the outset to give her every support possible. She was obviously the subject of a lot of press interest and intrusion from the paparazzi. William said we had a duty of care to her and her family and so we advised her on how to deal with the cameras.

We told her to smile at the photographers so that there would be a better picture. She was given advice on how to manage the media, and we were there to support her if there was a crisis.

There was no secret treatment provided for Kate Middleton that would see the press suddenly give her an easy ride.

The truth is, and I’m sure I’ll hear the cries of racism in response, but Kate Middleton had it much more challenging than Meghan Markle.

Today the media are far more managed. Meghan isn’t, and had never been physically chased down a street on foot with 30 paparazzi behind her.

She’s never had her car physically blocked by photographers so she couldn’t escape.

That night on Kate’s 25th birthday was a different time. I shudder to think about how Meghan would have dealt with those circumstances if she feels like a victim in today’s environment.