The Kardashians have shown us who they are, time and time again.

They have demonstrated, beyond all reasonable doubt, that they’re self-absorbed, shallow, and narcissistic. They have no concern for anyone except themselves or anything beyond their “engagement” and clicks.

They are the living, breathing embodiment of the influencer stereotype: vapid, one-dimensional, non-existent outside of their self-created bubble.

It’s time we finally believe them — and “cancel” them once and for all by ignoring them.

The Kardashians Get Paid In Attention

This is far from the first time that the Kardashians have been called out for their bad behavior.

And as if their performative activism on behalf of #BlackLivesMatter wasn’t bad enough, they capped it off with a performative quarantine in “honor” of Kim Kardashian’s 40th birthday…again, in the name of engagement and clicks.

What a terrible way to live.

In the wake of more than 250,000 dead Americans, and a global pandemic, these antics are no longer funny or engaging. They’re gross and boring. Even Khloe’s response to testing positive for COVID-19 seems like a bad mockery, or a telenovela, than an actual diagnosis, as you can see in the video below. 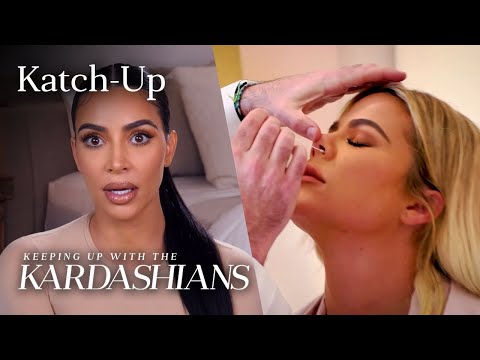 As The Atlantic reports:

Popular culture has always rewarded Kardashian-style spectacle, perhaps because that spectacle has been leavened with the striving, bickering banality showcased on reality TV. But the ensuing scorn shows that her calculation was off: The pandemic has been so deeply and universally disruptive that flaunting one’s escape from it triggers more disgust than fascination. This leaves the Kardashian class stranded for now. What are these celebrities for if not to flaunt luxury and impunity? The answer—which may not be shocking but is now definitive—appears to be that they’re for nothing at all.

The true “currency” of the Kardashians is attention. It’s time to deprive them of that, once and for all, and ignore them.