The truth behind Kylie Jenner and her rise to fame has been exposed, again.

The reality star was quite literally birthed from the Kardashian Family Handbook on how to remain relevant.

This became apparent after a leaked Kanye West music video for the song “Feel Me,” depicted a disturbing scene between Kylie and older sister, Kim Kardashian West. The 2017 video, which also features rapper Tyga, ends with Kylie emerging from Kim’s giant-sized crotch. Yes, you read that right.

Here’s what that means about Kylie’s career.

The Video Symbolizes the Birth Of Kylie Jenner

The disturbing scene has left people cringing since the leak, but according to the video’s director, it symbolizes something much more significant. Eli Russell Linnetz explained the scene to E! News saying,

It features Kylie coming out of Kim’s vagina. The metaphorical meaning being that there would be no Kylie without Kim.

Did we really need the visualization, though? This sounds like something that came out of West’s warped mind because we all know there’s only one acceptable way to symbolize Kim and Kylie’s careers. That’s with Kris Jenner pulling strings as Kim and Kylie dance around like stage puppets.

You can watch the video here:

If the video were released three years ago, the scene likely would have had a different meaning to the public. It may have appeared like Kylie’s new persona was emerging post-surgery, an introduction to her new plastic look after all the nips and tucks she had.

A Career Made Riding Coattails

Certainly, without Kim, there would be no Kylie. However, they’ve all been riding each other’s coattails for decades. It’s a trail that eventually leads to the production of “Keeping Up With The Kardashians.”

Robert Kardashian and Kris both gained fame during the O.J. Simpson trials for being linked to the deceased. Kris became even more relevant when she later married former Olympian Bruce Jenner. Check out her link to the Simpson drama below: 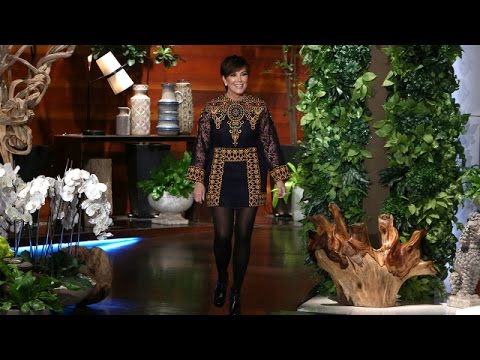 These ties led to Kim’s closet services to celebrity clients like Paris Hilton. Without these connections, Kim may have never met and started dating Ray J., leading to the sex tape that launched her career. So, while Kylie’s career is undoubtedly riding on the coattails of her sister’s success, they have their parents to thank for their own careers.

This is all part of their formula for staying relevant, in addition to misleading the public about their success.

A Career Built On Lies

Despite defending her title as a self-made billionaire by claiming she was cut off from her parents when she turned 15, Forbes has since revoked her title. They’ve also accused Kylie and the rest of the Kardashian/Jenner klan of building their careers on a bed of lies.

The publication recently called out the Kardashian family for fighting to receive higher spots on their annual wealth and celebrity earnings lists, calling them obsessed with their net worths. They even went as far as to reveal that the family would invite them to their homes and their CPA’s offices to prove their wealth. They even them copies of their tax returns that were “likely forged.”

Forbes has also reported that Kylie Cosmetics isn’t nearly as profitable as they’ve led us to believe. Not only did they lie about how much the company earned within the first eighteen months, but Kylie lied about her parents not being financially involved in her business. When she sold part of the business to Coty, the purchase agreement lists “KMJ 2018 Irrevocable Trust,” controlled by Kristen M. Jenner, as owning a profit interest in Kylie Cosmetics.

Kylie Jenner’s new net worth is estimated to be under $900 million.