Kanye West is at it again.

His Twitter rants are making headlines — and people, as usual, are pointing their fingers and laughing at him.

But in between the laughs and the incredulous headlines, we’re missing the point: he’s spitting facts about the music industry.

Kanye West Is Right: The Music Industry Is Predatory

As we already know, Kanye West has taken his fight with Universal Records public — specifically, to his Twitter account. He’s gone into great detail about how predatory his contract with the record label giant is — and even went so far as to take a video of himself peeing on his Grammy Award. And his fight is not without precedent: Prince and Michael Jackson — both of whom West correctly calls “victims” of the music industry — fought similar battles.

The video below explains it in better detail. 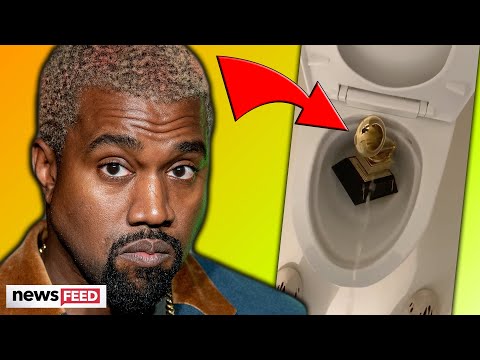 And while, certainly, there’s a valid argument in the criticism about his mental health — West certainly has been public about his struggles with being bipolar — that doesn’t make what he’s saying any less valid. Someone can be mentally ill and perceptive about the entertainment industry.

So why are people ignoring the message that Kanye West is trying to share?

The answer is simple: because he’s a hypocrite.

For all the predation that Kanye West correctly claims to be in the music industry, he’s subjected his artists — including Hit Boy — to the same type of predation that left him enslaved to a label.

What’s more, we’ve already established that he’s being used as a pawn in a political game by Donald Trump, and as a pawn in a ratings game by Kris Jenner and the Kardashian/Jenner clan.

As Complex Magazine puts it:

Kanye appears to be the latest rap label head feigning Black solidarity while committing the practices they condemn. It’s easy for him, Diddy, and others to sway the public against greedy white executives, but harder to hold themselves accountable for their sustenance of an exploitative industry model. His sentiment about the music industry is valid, but he’s been involved in the same exploitative practices. He’s also been such an unreliable messenger that it’s difficult for people to follow his spectacle without feeling like they’re gawking.

Kanye West is delivering a great message. Too bad he’s the wrong messenger.