Kirsten Dunst has only one question for Kanye West, and she’s probably asking it in her best NeNe Leakes voice: “Now why am I in it?”

We see you, Kirsten, and we have the same question:

NeNe Leakes saying, "Now why am I in it? Now, see how I get thrown in stuff. I ain’t even did nun", while the other girls are arguing. pic.twitter.com/VTSaF6CLeG

The rapper – who is quickly becoming known more for his obnoxious publicity stunts than his music – tweeted a photo of a campaign poster with the hashtag #2020Vision.

Apparently, that vision includes none other than the “Spider-Man” actress herself. She’s just as confused as we are.

She asked him what he meant, and of course, he had no answer.

Isn’t that par for the course with Kanye West these days?

What in the World Is Kanye West up to?

West’s efforts to be presidential have fallen very short of expectations – and may have thrown him into a world of trouble.

Just like his publicity-seeking wife Kim Kardashian, he appears to have a compulsive need to dominate the news cycle. And it seems like this tweet is merely his latest attempt to do just that.

Unfortunately for Kanye West, Kirsten Dunst isn’t willing to play his publicity-seeking game. She made clear she doesn’t want to be a part of it.

This Is Getting Absurd

At a certain point, one has to wonder how much more absurd Kanye’s incessant attention-seeking behavior can get before it just gets dismissed outright.

I get it – there’s no question Kanye West is mentally ill. All you have to do is watch the video below to see how vulnerable he truly is. 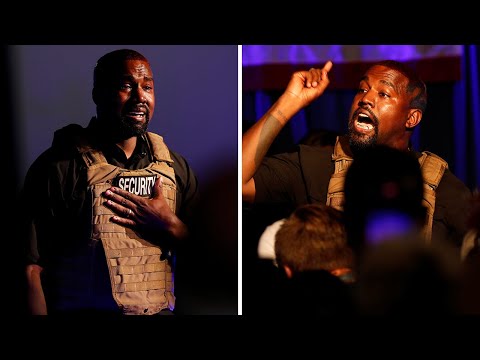 That doesn’t mean we need to indulge his every whim.

Someone like West – who is this untethered from normative life  – needs help and compassion, not a camera and a vulturous media complex eager to egg him on.