So far this one screenshot is pretty much everything we know about the re-release. We literally don't even have a release date. | Source: YouTube

Thursday’s Nintendo Direct was a big hit for numerous reasons. As well as getting surprising news about the Panzer Dragoon Remake, we also learned about several new titles. One of those titles is Star Wars Episode I: Racer.

If you don’t remember the game, it was one of the few good things to come from the prequel trilogy. It is exactly what it sounds like. A racing game based on the pod racing sequence from the first chronological Star Wars film.

While it was a great game for it’s time, at this point can we just get a remake instead of a re-release?

A lot of games from the late 90s and early 2000s look a bit rubbish by today’s standards. That period in gaming history was equivalent to the awkward teen-years of video games. Graphically, they’re not exactly pretty.

Star Wars Episode I: Racer is no exception to that. Like all games of the era, the game looks like someone made it out of cardboard. Sharp edges and low polygon count. In general, it doesn’t look great, especially compared to modern racing games. 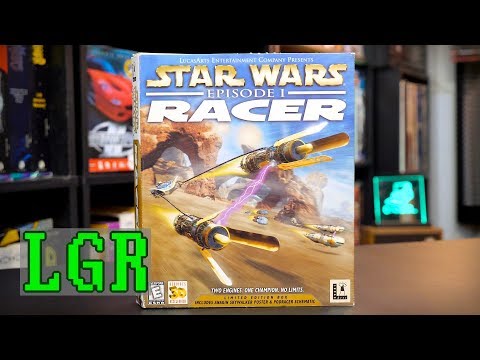 It’s likely that some sort of adjustments will be made for the Switch re-release. At the very least the aspect ratio will hopefully be 16:9 rather than the original 4:3 of the day. Either way Star Wars Episode I: Racer just deserves a full-on remake at this stage.

The Game Was Great, Here’s Why

Part of the reason that Star Wars Episode I: Racer needs an update is because it was such a great game for its day. For one thing, it was a game that managed to feel truly fast, without being unplayable. Tricky to do when working with such high-speed vehicles.

While the graphics might look choppy by today’s standard, the visual design is awesome. Say what you will about the movie it’s based on, but it’s visuals work surprisingly well for a racing game. There’s also a decent variety of levels to try from.

The advantages of Star Wars Episode I: Racer doesn’t stop there either. There’s also excellent sound design, destructible environments, and a pretty decent character selection to boot. If someone actually knuckled down and remade the thing, these could even be expanded on.

The Vision of a Modern Star Wars Episode I: Racer

If you want to see just how great a modern version of this game could look then you totally can. Someone has actually made a fan version of Star Wars Episode I: Racer in Unreal Engine 4. It looks pretty great, but imagine how much better it could look when done by a team of professionals. Plus this clearly shows that there is fan interest in a remake.

A re-release is all well and good, but a remake could expand the game to make it bigger and better. More tracks, more characters, better graphics, and remastered music. There are plenty of reasons why this game needs remaking. The massive potential behind it is certainly a big one.