The Jussie Smollett case may be over, but the Empire star’s bizarre hate crime hoax leaves an awful mess in its wake.

Have a little bit of fame? Feel sorry for yourself for not having more? Hate white people? Live in the U.S.? Concoct a fake hate crime story. Play the victim. Sit back for it to all end in your favor.

That twisted tale is the real-life story of “Empire” actor Jussie Smollett. As if he wrote out his own script, Smollett is somewhere basking in his own glory over the drama created.

Prosecutors on Tuesday dropped all the charges, sealed all the evidence, and closed all the records.

Racist, Gay-Hating White Men on The Loose in Chicago!

Smollett claimed that two white men wearing MAGA hats called him a f****t, put a noose around his neck, and punched him during the wee hours of the morning. Oh, and all this happened during a walk to a Subway in subzero degree weather.

No matter, Chicago police set out to find these two crazies, interviewing dozens and spending thousands of dollars. Jussie hit the airwaves to give his spiel.

He shut up when charges were filed against him following two black men saying they helped him pull off the stunt. Then he sent out “his people” to defend him when a grand jury returned 16 disorderly conduct indictments.

Of Course There’s an Obama Connection

It seemed like a slam dunk case against the actor. Police delivered rock solid evidence and said there was more to come.

Nope. Prosecutors found Jussie to be squeaky clean. Reportedly, a former chief of staff to former first lady Michelle Obama contacted them about the Smollett case. Whatever happened there, Jussie’s miraculously off the hook now.

The Cook County’s State’s Attorney’s Office said in a statement.

“After reviewing all of the facts and circumstances of the case, including Mr. Smollett’s volunteer service in the community and agreement to forfeit his bond to the city of Chicago, we believe this outcome is a just disposition and appropriate resolution to this case.”

Who’s running the show in Chicago? How was this case taken to the grand jury before “all of the facts” were reviewed?

And for having countless numbers of law enforcement hours wasted chasing down the people who exist only in Smollett’s head, forfeiting the $10,000 bond was enough?

Oh, he did agree to perform some token volunteer service. He should be doing that already!

Today, Smollett cozied up to the mic with a disgusting read from notes about how he’d endured so much adversity.

Then his lawyer dropped this gem:

“He was a victim who was vilified and made to appear as a perpetrator as a result of false and inappropriate remarks made to the public causing an inappropriate rush to judgement.”

What about the other black, gay men in Chicago who surely were anxious at the thought of some racist homophobes bold enough to attack a celebrity? What about the countless number of actual hate crime victims who have no Good Morning America interviews to voice their plights?

Being narcissistic is the least of his issues; his gall is flooring. 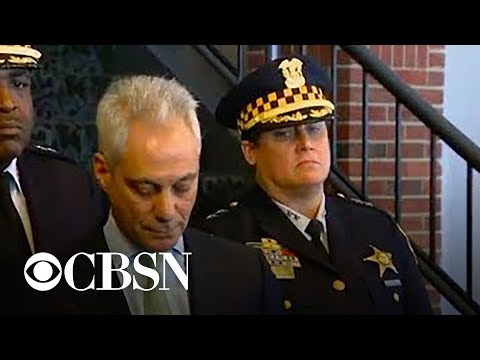 Jussie rides off scot-free, but oh what a mighty wake he leaves. Chicago police chief Eddie Johnson and Mayor Rahm Emanuel quickly responded. Johnson was as visibly upset as he was when he addressed the charges originally. He was particularly offended by Smollett lying about having a noose hung around his neck.

“Our officers did hard work, day in and day out, countless hours, working to unwind what actually happened that night. The city saw its reputation dragged through the mud.”

Tedra DeSue
If you can buy it, trade it, invest in it, or sell it, I write about it. For more than 20 years, I've covered all things finance. Based in Atlanta, Ga., I threw myself into covering the crypto space with a keen understanding that it would be an industry disruptor. I'm in constant search for the real Satoshi Nakamoto!
Subscribe
0 Comments
Inline Feedbacks
View all comments
← PreviousGreen New Deal Vote Exposes Democratic Hypocrisy on AOC-Led Insanity
Next →First Mueller, Now the Wall: Trump Slaughters Democrats at Every Turn