Jussie Smollett has started a fire in Chicago that he just can’t put out, and now the flames have begun to engulf would-be bystander Illinois Attorney General Kwame Raoul.

The backlash is building against Attorney General Kwame Raoul, who has seemingly passed the buck on the “catch and release” of Jussie Smollett.

Earlier this week, Raoul’s office issued a statement to the public, washing its hands of any responsibility for the fiasco:

He should have known he wouldn’t get away with it that easy.

Alongside keyboard warriors, Raoul is now under fire from several Republican lawyers who allege he “dropped the ball” on Smollett’s case. Illinois House Republican Leader Jim Durkin has sent Raoul’s office a letter to review the case further, saying that the decision to drop the charges against Smollett called the “integrity” of his leadership and Cook County into question.

A separate request also came from State Representative David McSweeney of Barrington Hills. McSweeney has filed a resolution asking that the Attorney General’s office conduct a “full, prompt and comprehensive examination” of the case and the decision to drop all 16 charges against the actor.

A spokesperson for Raoul’s office now says they are considering both requests.

Nor is Jussie Smollett finding himself able to creep back out of the spotlight, and not just because he was nominated for the 2019 NAACP Image Awards.

The “Empire” actor and hate-crime hoaxer is facing pressure from city officials who are now demanding that he pay over $130,000 to cover the expenses of his recent investigation. Smollett was cleared of all charges last Tuesday for allegedly filing a false police report and hiring two brothers to stage an attack that would make him appear like the victim of a hate crime. 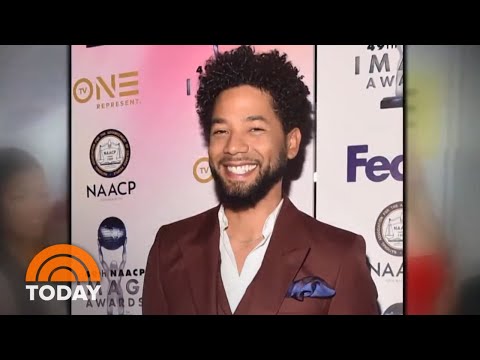 Despite the dropped charges, Smollett has agreed to perform community service and to part with a $10,000 bond, leading many to speculate about the actor’s purported innocence.

The results have got everyone miffed, including President Donald Trump, who recently requested that the Department of Justice and the Federal Bureau of Investigation look further into Smollett’s case. Trump has referred to the incident as an “embarrassment to the nation.”

.@JussieSmollett – what about MAGA and the tens of millions of people you insulted with your racist and dangerous comments!? #MAGA

The request for $130,000 comes from Mayor Rahm Emanuel, who has been particularly vocal about his disappointment regarding the dropped charges. A letter has since been forwarded to Smollett by Corporation Counsel Ed Siskel, demanding that the actor pay back $130,106 spent on his investigation. The letter says that if Smollett does not pay the money, he could face federal prosecution for “making a false statement to the city.”

“The City of Chicago and the Chicago Police Department take seriously those who make false statements to the police, thereby diverting resources from other investigations and undermining the criminal justice system.”