By CCN.com: “Empire” actor Jussie Smollett has pissed just about everyone off and appears to be losing fans and friends everywhere. The latest defector is Cook County State Attorney Kim Foxx, whose handling of the case came under scrutiny after reporters exposed her connection with a former Obama aide.

In what seems to be a stunning reversal, Foxx excoriated Smollett as a “washed up actor who lied to cops” in a series of text messages released by her office last Tuesday. The texts were in response to public records requests by the Chicago Tribune.

Her texts also compare Smollett’s case with that of R&B singer R. Kelly, who is currently facing sex abuse charges in Chicago. The messages read:

“Pedophile with four victims, ten counts. Washed up celeb who lied to cops, 16 (counts)… Just because we can charge something doesn’t mean we should. On a case eligible for deferred prosecution, I think it’s indicative of something we should be looking at generally.”

Smollett’s case has the word “filthy” written all over it. In reading the texts, one can see that Foxx clearly indicates the actor was not truthful with law enforcement officials. Bizarrely, though, she says she doesn’t see a necessity in pushing the case.

That’s where things get interesting. 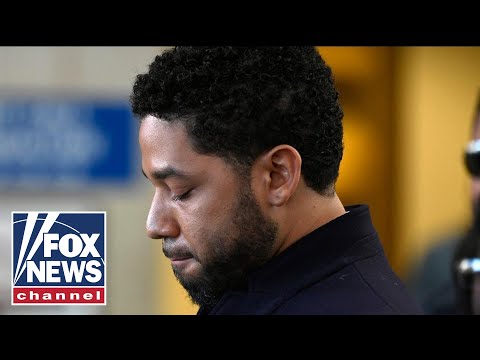 Earlier reports indicate that Foxx was initially contacted on February 1 – three days after Smollett filed his police report – by Tina Tchen, the former chief of staff of first lady Michelle Obama and a friend of Smollett’s family. Two of Jussie Smollett’s sisters worked on President Obama’s White House campaigns in both 2008 and 2012.

In a text message, Tchen asked Foxx to bring the FBI in to examine Smollett’s case. The irony here is that the FBI eventually did get involved, though this was through President Trump’s hand and relating to the actor’s potential guilt and dishonesty when filing his report with police.

The other irony is that in late March, Tchen was hired to examine the internal culture of the Southern Poverty Law Center (SPLC) following the firing of its co-founder Morris Dees. The SPLC is infamous for exaggerating the number of hate groups in the U.S.

Martin Preib – second vice-president at the Fraternal Order of Police (FOP) – said that asking Foxx to get involved was a very “inappropriate” thing to do, and he argued that there are “gaping holes” in Smollett’s story. He said that the Chicago Police Department was consistently targeted unfairly by the Obama administration, leading to further speculation as to why Tchen was ever involved in the actor’s case:

Since Cook County State’s Attorney Kimberly Foxx has been sworn in as the top prosecutor, the Fraternal Order of Police has cited one example after another of her giving breaks to criminals and… https://t.co/W1IccSmDXf

The Jussie Smollett scandal has proved to be a hovering vulture, and his showbiz career is the carcass it’s circling.

After being cut from the season finale of “Empire,” the actor has reportedly lost a starring role in a revival of the Broadway play “Take Me Out,” the story of a gay baseball player who comes out and suffers homophobic attacks from a teammate.

Though he was initially cast last March, a production spokesperson has announced that “everything shifted” once Smollett’s case became the target of mainstream attention.