By CCN.com: Oh, Jussie Smollett. Once again you are back in the headlines. If it’s fame you wanted, you certainly got it, but it’s probably not the fame you were dreaming about when you risked your career to perpetuate what appears to be a hate crime hoax.

A former judge is now filing a motion in a Chicago court to have a special prosecutor examine the former “Empire” actor’s case.

Jussie Smollett filed a police report at the end of January 2019, claiming he was the victim of an anti-gay hate crime. Unfortunately, evidence emerged down the line suggesting that Smollett had potentially staged the attack on himself. He was arrested and charged with 16 criminal counts, including filing a phony police report, all of which were later mysteriously dropped in late March. 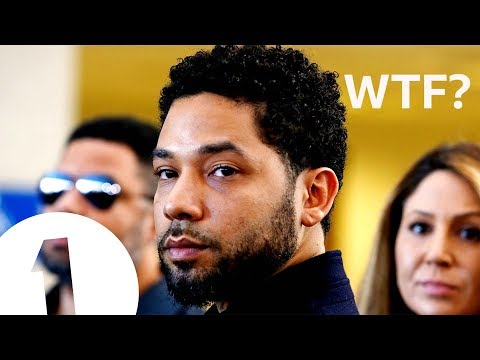 This didn’t fly well with the “Empire” staff or the city of Chicago. Lawmakers filed a civil suit against the actor, demanding more than $130,000 in fees to make up for the money spent on overtime hours investigating his case. Smollett’s “Empire” colleagues also felt the controversy surrounding him was too much to bear. Smollett was ultimately written out of the last two episodes of season 5, and there are no plans to bring him back for the show’s upcoming sixth (and final) season.

The former judge filing the motion is Sheila O’Brien. She’s the same judge who’s looking to subpoena Kim Foxx, the Chicago Attorney General who recused herself from Smollett’s case after it was discovered she had been leaking information to the actor’s family. O’Brien alleges that Foxx’s handling of the case was “plagued with irregularity.” She says that Foxx and her team lied to the public regarding the details of the case and that Foxx and her office are responsible for “creating this mess.”

A hearing for O’Brien’s request will take place on May 31. Smollett’s case file is also being examined by Cook County Inspector General Patrick Blanchard.

As Wyatt Earp might say, “Smollett called in the thunder. Well, now he’s got it.”

If the former “Empire” player thought that all this would potentially blow over once the charges against him were dropped, he couldn’t have been more wrong. Reports claim that Smollett potentially staged the attack on himself because he was unhappy with his salary – an embarrassingly low $65,000 per episode.

If Smollett did stage the attack, the gimmick isn’t up. It’s just turned the tide and backfired in ways the actor probably could have never predicted. Released from his show, Smollett has lost additional work like his role in the Broadway play “Take Me Out” due to the level of infamy he’s attracted, and his reputation is probably unfixable at this point.

The only thing that Jussie Smollett appears to have gotten from this is that now, virtually every American seems to know his name. Sure, most of them are muttering it under their breath as feelings of disgust and anger swell through their chests, but hey – he’s achieved in just a few days what it takes years for most actors to accomplish.

In that sense, congrats Jussie. Congrats on a job well done.