Actors are often done in by their egos, and in the case of Jussie Smollett, a few moments of arrogance could cost him a lot more than the $130,000 Chicago was demanding last week.

The city, led by former Barack Obama advisor and now-Mayor Rahm Emanuel, sued the “Empire” actor following his refusal to pay back the $130,000 lawmakers initially requested following overtime hours spent investigating his case. Officials claim that Smollett filed a phony police report on January 29 after he was the alleged victim of a racist, anti-gay hate crime – a crime many allege he orchestrated himself. 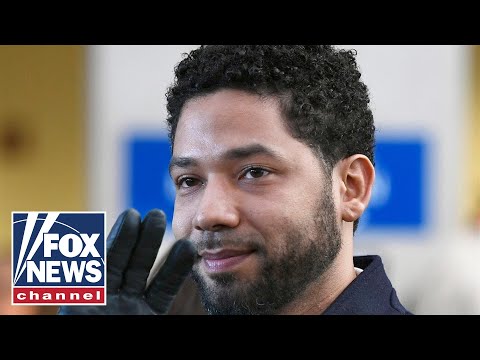 Jussie Smollett Picks Up an Even Bigger Legal Tab

While the original demand was for $130,000, the civil suit asks for this sum plus any legal fees that accrue during future proceedings. This could literally double – or even triple – the money Chicago had previously demanded from Smollett. Chicago is also seeking an additional $1,000 for each of Smollett’s “lies.”

“[T]he City respectfully requests that the Court: A. Find that the City incurred necessary costs investigating and responding to Defendant’s [Smollett’s] statements made in violation of the MCC [Municipal Code of Chicago]; B. Order Defendant to pay the City’s response costs in an amount to be proven at trial; C. Order Defendant to pay the City a penalty in amount equal to the City’s litigation and collection costs and attorney’s fees; and D. Award such further relief as this Court deems just and equitable.”

The actor’s defense attorney, Mark Geragos, retorted that Smollett “will not be intimidated into paying the demanded sum.” He demanded access to Chicago’s entire investigation file, which he says contains data that hadn’t been previously disclosed, as well as a deposition from Mayor Rahm Emanuel.

Regardless, it’s difficult to see how Jussie Smollett emerges from this scandal as the victor. For one thing, if declared responsible by the litigating court, the actor will be required to pay far more than Chicago originally requested. The actor was also written out of the final two episodes of the current season of “Empire” so he could focus on his case. If Smollett spends more time in court, the possibility remains that he’ll be less visible on the show, meaning he won’t be earning a regular paycheck that he could ultimately use to pay the legal bills.

A larger issue Smollett faces is that the case will proceed in civil court rather than a criminal one. Civil courts are far less strict than criminal courts. All prosecutors will have to do is prove that Smollett “more than likely” lied about his involvement in the crime, and he risks a verdict that will potentially favor the plaintiff.

"Empire actor Jussie Smollett took advantage of the pain and anger of racism to promote his career." Chicago Police Chief Eddie Johnson said. "Why would anyone, especially an African American man, use the symbolism of a noose to make false accusations?" https://t.co/MfyQuQi1uf pic.twitter.com/SZXL5Hka0c

If Smollett did stage an attack on himself, it’s clearly having the opposite effect of what he intended. He was reportedly unhappy with his terribly low and demeaning salary of $65,000 per episode – more than what most Americans earn in a full year.

Well, this little stunt could very easily cost him his salary, or at least a healthy portion of it. And if he wanted more screen time, getting written out of the “Empire” season finale is a poor start.