Somewhere in the world, seated in a makeshift faraday cage, the godfather of tech security John McAfee continues to passionately advocate for internet privacy. His latest comments focus on Facebook’s encrypted messaging app, WhatsApp, and his fears that the U.S. government will eliminate any degree of privacy online.

The Government's assault on Whatsapp and other encrypted communications – If you truly understood the concept of privacy you would revolt, united, against this. This is what privacy truly means: pic.twitter.com/oJySyWZdXJ

The tension between governments and large tech companies has been simmering for some time. John McAfee’s comments come at a time when an unprecedented amount of scrutiny is being applied to the business practices of corporations like Google, Apple, and Facebook.

In particular, the conflict between law enforcement and encrypted communication has been in the crosshairs. Criminal investigators want to be able to access potentially useful information, while privacy-oriented applications like WhatsApp make this mostly impossible. 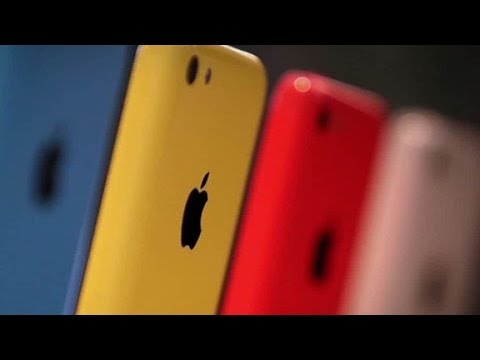 Interestingly, the genesis block of this particular movement against encryption did feature John McAfee. A terrorist attack in San Bernardino, Calif. and a locked iPhone put the eyes of the world on McAfee when he claimed he could unlock the phone. Though the authorities eventually opened the offending phone themselves, McAfee has been talking about a lack of security on mobile devices for years. Given that WhatsApp encryption was an effective – if not perfect – step toward privacy, the regression appears agonizing for a man who made his fortune protecting people online.

Zuckerberg Is Bowing to Regulator Pressure With WhatsApp Back Door

Perhaps adding to McAfee’s desperation is the fact that corporations are bending to government will. Mark Zuckerberg is instituting a back door “wiretapping” protocol into the Facebook-owned WhatsApp. Naturally, this would destroy the only positive thing that most privacy-concerned individuals have to say about Facebook. Such a move is part of the ongoing charm offensive that Zuckerberg is spearheading to regulators around the world.

[Update: 8/3]: WhatsApp told CCN.com that it disputes the assertion that it is instituting a “back door wiretapping protocol,” and a representative shared the following comment from Will Cathcart, VP of Product Management at WhatsApp:

“We haven’t added a backdoor to WhatsApp. The Forbes contributor [who first made the wiretapping claim] referred to a technical talk about client side AI in general to conclude that we might do client side scanning of content on WhatsApp for anti-abuse purposes. To be crystal clear, we have not done this, have zero plans to do so, and if we ever did it would be quite obvious and detectable that we had done it. We understand the serious concerns this type of approach would raise which is why we are opposed to it.”

John McAfee is nothing if he is not an advocate for the right to privacy. His plea to the public to fight for the right to keep WhatsApp encrypted is, therefore, unsurprising. However, the weight of momentum appears strongly skewed against this viewpoint. The lethargy of the public on hot-button tech issues is seldom overestimated.