After all, if Joe Rogan free falls into his conspiratorial tendencies, and stops working out, is there any difference between him and Alex Jones?

Jones is making waves again after trying to stand up for his “freedom” in Austin. It’s another bad look for the Info Wars host. Let’s hope it’s not a sign of things to come for his podcast guru friend.

Alex Jones is a sad and lonely man. pic.twitter.com/P8ZvRpIJYA

Alex Jones Loses it at a Campground

What happens when you become so addicted to your freedom that any new rules propel you into a maniacal rant?

Well, you become Alex Jones and start yelling at teenagers with a megaphone.

Jones set up shop in Austin, TX, at the Barton Creek greenbelt entrance. He was furious that the park started requiring reservations in response to the pandemic.

As black Americans have been fighting for fundamental human rights, such as not being murdered by police, Alex Jones is losing it because he can’t hike a trail.

At one point, he accosted an employee who told him he was a lifeguard.

You’re a lifeguard for Barton Springs, now part of the criminal power grab.

He claimed that the reservation policy was “unconstitutional,” and the virus was a “power-grab hoax.” He called the employees “cult-member kooks.”

Celebrities had a field day with the conspiracy theorist.

Imagine being Alex Jones and this is the life you’re living. Yelling through a bullhorn at disinterested teenagers. https://t.co/gCxoEOSoY4

Would Alex Jones be this unhinged if he lived in Los Angeles? And will Joe Rogan become more like Jones when he moves to such a batty part of the country?

Let’s be clear; I like Joe Rogan, and, as I’ve previously written, I think he’s vital to the political ecosystem.

That said, he might be the last remaining public figure who openly defends Alex Jones. 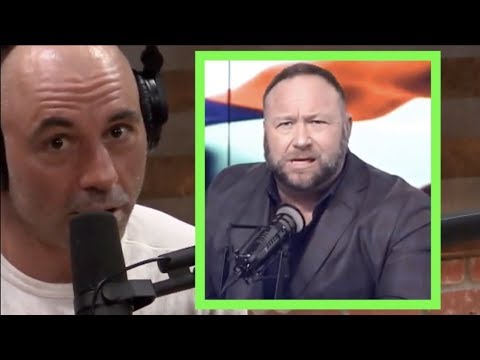 Sure, he acknowledges that Jones has gone too far, but the man who recently vowed to eat his neighbors might be further gone than we think.

Rogan has lamented the social landscape of Los Angeles, and he’s not wrong. LA has fully become a far-left, liberal bubble. As Hollywood scrambles to look ‘woke’ in the wake of their overtly racist past, the virtue signaling has become nauseating. He said he wants to go to Texas because it has “a little more freedom.” 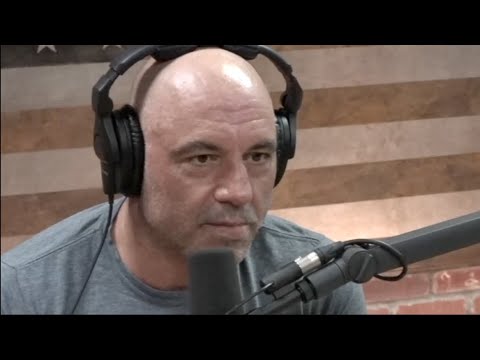 But who’s to say LA wasn’t bringing balance to Joe Rogan’s centrist world-view? After a move to Texas, he’ll be surrounded, not by liberal idealists, but by gun-toting, freedom-loving conservatives, and libertarians. Will there be any mental checks and balances left for the man who used to think the moon landing was a hoax?

Regardless of the outcome, let’s hope Rogan keeps his distance from Alex Jones, even as the two get closer in proximity.