Wall Street analysts have been raising their Amazon forecasts left and right throughout the pandemic.

According to Wells Fargo, the pandemic fueled permanent growth in e-commerce. Because Amazon is the chief beneficiary of this e-commerce boom, its stock price should surge as high as $3,600 in the next 12 months.

Telsey Advisory Group shares this outlook – and the $3,600 price target.

Jeff Bezos currently holds 55,488,770 AMZN shares. As of Friday, when the giant online retailer’s stock closed at about $3,050, his net worth stood at roughly $179 billion. Only about $10 billion of Bezos’ immense wealth is held outside of his Amazon stake.

Other things equal, Bezos’ wealth will swell by more than $30 billion to roughly $210 billion if Amazon stock hits that $3,600 price target.

Bank of America and Wedbush Securities raised their AMZN forecasts too, though their price targets are slightly more conservative.

Wedbush sees Amazon stock hitting $3,500, which would launch Bezos’ net worth to $205 billion.

Bank of America expects AMZN shares to top out at $3,280, which is roughly where they peaked earlier this month. This valuation would raise Bezos’ wealth to $192 billion.

All four price targets exceed the average consensus outlook for Amazon, which is currently $3,077.

Although AMZN shares are trading near this level already, Wall Street Journal data indicates that 42 of 49 analysts maintain a buy rating. 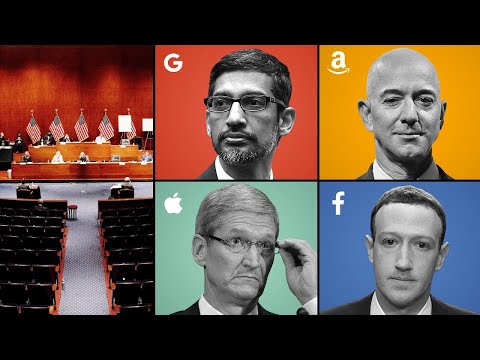 The e-commerce behemoth faces congressional scrutiny alongside Apple (NASDAQ: AAPL), Facebook (NASDAQ: FB), and Alphabet (NASDAQ: GOOG). This is part of an antitrust probe designed to gather evidence on competition in the digital marketplace.

It comes in the wake of multiple allegations that Amazon has engaged in anticompetitive practices.

In one case, current and former employees said the company used sales data from third-party sellers to develop competing products.

Just last week, the Wall Street Journal exposed similar allegations about Amazon’s venture capital fund. The fund reportedly obtained sensitive information about startups during the investment process. Amazon then used this information to bolster their own products and services.

Bezos is expected to testify virtually before a House Judiciary subcommittee this week.

This congressional scrutiny could complicate his quest to become the first $200 billion man. But with a $60 billion cushion on Bill Gates, his status as the world’s wealthiest person looks unassailable.

Mark Emem
I cover business and the stock market for CCN. Currently based out of Nairobi, Kenya. Email | Twitter | Website | Muck Rack
Subscribe
0 Comments
Inline Feedbacks
View all comments
← PreviousPretending to Own a Tesla Just Got a Whole Lot Cheaper in China
Next →Analyst: Tesla Stock Could Crash 40% – But Don’t You Dare Short It