Jeff and MacKenzie Bezos have tidied up divorce proceedings, and amazingly, Mrs. Bezos isn’t dragging him to the cleaners. The world’s richest man is keeping a staggering 75% of his Amazon stock. The AMZN share price has so far been unmoved by the details, despite the fact that Jeff Bezos’ divorce settlement is excellent news for bulls.

One of the chief concerns that investors have had over the last few months since the Bezos affair scandal broke was how it might affect Amazon’s share price. Would Jeff lose some of his authority over the company? Would AMZN stock tank, bracing for MacKenzie’s cash-out? Well, it seems that all of these fears were unfounded as shares continue to trade sideways in their daily range. 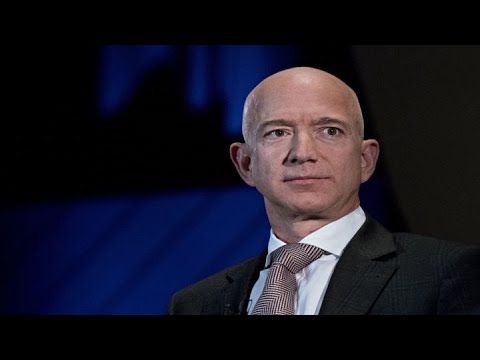 There is no question that this was an incredibly generous thing for the former Mrs. Bezos to do. She has not threatened her ex-husband’s ownership of Amazon. There is more to this than a mere concession, however, as MacKenzie Bezos is also protecting her financial interests here. Should she have taken more control of Amazon, this might have caused a tremendous negative reaction from risk-averse investors. By keeping her husband at the helm, she secures that her 25% is worth as much as if she had double that amount of stock at -50% of their value.

Why has MacKenzie Bezos given up all of her stake in the Washington Post and Blue Origin? They are private companies, and she could probably have found a way to cash out. While details remain shrouded, the apparent amicability of all of this is extraordinary and sharply in contrast to some of the high profile billionaire divorces we have seen in the past.

Amazon investors can now look beyond the tail-risk of Bezos losing ownership of the company and on to more direct matters. General risk sentiment in the marketplace has taken off lately, and from a technical perspective, AMZN shares are close to breaking out to a fresh weekly high. I would note that the failure of shares to rally on the divorce news is possibly a strong indication that an amicable preceding was the market’s expected outcome.

If we assume that the divorce scandal caused some weakness in shares when first revealed, it means most of the good news is baked into the cake. While I would expect some feminist fallout from MacKenzie Bezos’ decision to relinquish more than half of the couple’s Amazon stock, for now, it’s business as usual. In addition, the outlook may have shifted to the downside as this is good news failing to lift the price.