Amazon stock is getting bludgeoned following a downbeat earnings report. In Thursday after-hours trading, the stock dropped as much as 10%, making for one of its worst earnings losses in years:

JUST IN: Amazon CEO Jeff Bezos is about to lose the title of world's richest person to Bill Gates after https://t.co/9BSNb8oIOK stock tumbled in late trading pic.twitter.com/EqdBYKGZYH

At the end of 2018, Bezos’ status as the world’s wealthiest person seemed secure. His fortune came in at $126 billion, and he’d grown that total by $27 billion in 2018 alone. That put him well in front of Gates, who was back at $94 billion.

Bill Gates wouldn’t stay in second for long, however. In 2019, he’s up $16 billion already, thanks to both Microsoft’s rising fortunes and his investments across a variety of other stocks. Meanwhile, Jeff Bezos took a big hit with his divorce. His settlement with MacKenzie Bezos cost him $38 billion. Throw in the slump in Amazon stock lately, and that’s been enough to dethrone him off the top of the rich list. Notably, MacKenzie Bezos has also lost nearly $5 billion of her wealth since the divorce as Amazon’s stock slides.

Should Amazon Stock Owners Be Worried?

That leads to the question, is Amazon stock in trouble? The company’s earnings report was a dud on nearly all fronts.

The key web services division saw revenues fall nearly $200 million short of expectations. The company’s physical stores, such as Whole Foods, actually declined in sales volume year-over-year. That’s not what you want to see from a growth company. Turns out groceries are in fact a challenge for a digital-first retailer. Overall, Amazon’s net income outright declined for the quarter as well.

And if all those negatives weren’t enough, Amazon added to the worries, suggesting that Q4 revenues will come in several billion dollars short of expectations as well. There’s no silver lining on this one; Amazon’s quarterly results were an outright bust.

Or Is This a Better Buying Opportunity? 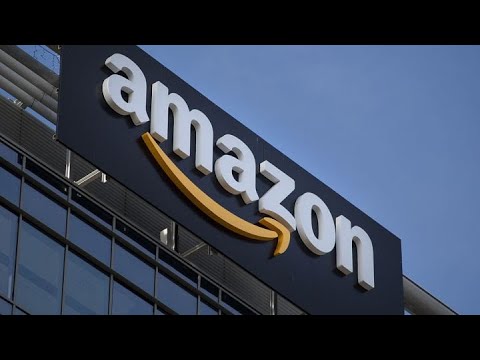 Earlier this year, Piper Jaffray analyst Michael Olson laid out a roadmap for how Amazon stock could reach $3,000 over the next two-to-three years. At the time, Amazon was trading for $1,831 per share. With shares now down to $1,650, that $3,000 price target would amount to a more than 80 percent gain.

Olson argued that if antitrust actions cause Amazon to be split up, the company’s individual parts would be worth nearly $3,000 a share as the market reassessed the value of its businesses such as Amazon Web Services and the advertising division. In any case, Amazon stock traded as high as $2,000/share this summer, so the current price is quite a discount to that.