Super Bowl LIV left the chattering classes with no shortage of talking points. The Kansas City Chiefs ended their 50-year championship drought, while Jennifer Lopez and Shakira stole the show with their controversial half-time performance.

But Jay-Z and Beyonce made the biggest waves by not standing for the national anthem. 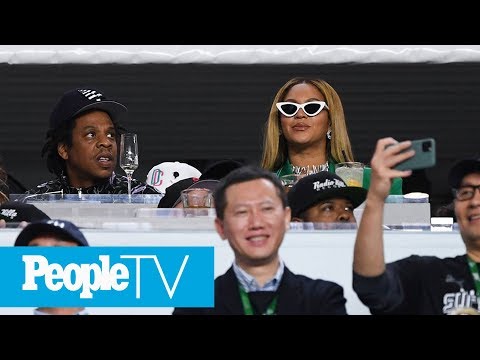 According to Jay-Z himself, we’ve moved past kneeling:

I think we’ve moved past kneeling. I think it’s time for action.

What action was he talking about? Sitting. Not what we expected, but I guess it’s far more comfortable than kneeling.

Or maybe Jay-Z meant getting a slice of the “action” via his recently-signed deal with the NFL.

Jay-Z can dress it up whichever way he likes, but anyone with half a brain knows his role as a “live entertainment strategist” is just a way for the NFL to tick some boxes and show fans that they’re looking to enact change.

What does Jay-Z get out of it, though? He’d have you believe that he’s all about social responsibility. But this is the guy who has always claimed to be all about business.

Maybe it’s the cynic in me, but Jay-Z himself has never been shy about his end game when it comes to football. He’s looking for an ownership stake.

You thought Jay-Z partnering with the NFL was rooted in some quest to do good, raise awareness about police brutality, and champion Kaepernick’s mission from inside the organization that blackballed him? pic.twitter.com/3676kAYpF8

How likely would that be while he’s on the outside championing the cause of the blackballed Colin Kaepernick? He isn’t stupid. He knows he has to woo the suits who make the decisions at the NFL for his ownership dream to happen.

By providing the much-maligned NFL brass with someone they can hold up as an example of their progressive attitudes and commitment to change, Jay-Z is raising his worth in the eyes of those who matter at the league.

What better way to show that the NFL is a socially-progressive outfit than having a famous black hip-hop star as an owner?

Jay-Z and Beyonce knew they’d score headlines for not rising during the anthem. It was a pathetic attempt by two calculating businesspeople to win back some credit with fans and protesters.

And it failed. Big time.

Football fans are smart enough to see through it. Colin Kaepernick didn’t seem convinced either:

Notably, Kaepernick spent the weekend helping the needy while Jay-Z was hanging out with the people responsible for keeping the former 49er out of the league.

No matter what he says, nothing Jay-Z does in his new role with the NFL will mean a thing as long as Kaepernick is on the outside looking in.