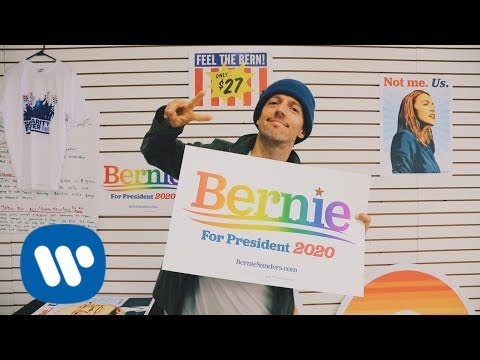 Mraz starts off the song mocking the critics he expects to say he “should probably stick to music.” But I wouldn’t say that after listening to this.

The star who once sang, “I won’t hesitate no more,” should definitely have hesitated to release “Vote Louder.”

Jason Mraz Is Back, and He’s All in on Bernie

The music video for “Vote Louder” haunts the listener with images of goosestepping brownshirts and the 1960s civil rights struggle.

Maybe there’s no need for the social justice movement in 2020 if they have to keep dredging up battles their grandparents already won decades ago to seem relevant.

Add in the rapping and reggae on top of it, and Jason Mraz’s Bernie anthem is almost as cringy, coming from him, as Justin Trudeau’s awkward costume choices.

The imagery in “Vote Louder” is an amazing juxtaposition to Mraz’s lyrics.

What’s it gonna be for the future of America?
Another four years of a Twitter tyrant scaring ya?

I say the tragedy is how you’re gonna spend the rest of your nights with the light on… I won’t worry my life away.

Vote to save the planet from the businessman’s greed.
Yo, the Citizen’s United include you and me?

My daughter is just as capable as any boy of growing up to be hated on by Bernie Sanders and Elizabeth Warren supporters for making too much money.

Engineers and business people are literally unsung heroes. Write a song about them. And for all our sakes, please don’t rap or use reggae if you do.

Even Blondie rapped better than this.