James Charles is back in the news.

Color blocking, according to Merriam-Webster, is:

The use of usually bold and bright blocks of color in clothing design.

While Gen Z is under the impression that they invented everything, I’m here to disabuse them of that notion — and ask them to kindly stop making this problematic influencer trend, so I don’t have to write articles like this.

A Brief Primer On James Charles

James Charles Dickinson, known professionally only by his first and middle names, is an Internet personality and make-up artist who developed his following on Trump’s least favorite social media platform, TikTok.

He’s also been accused of being a racist. Not  “social justice warriors are so easily offended” racist, but actual “he’s in spitting distance of being a Grand Wizard of the Ku Klux Klan” racist. He’s allegedly also a bit of a predator, and if nothing else, he has a bit of a problem with women in his field.

Yet, for some reason, the minute Gen Z hears his name, they make him trend because he wears ridiculous clothes like this.

Seriously, can we stop making this guy trend over dumb things?

Color Blocking Started At The Turn Of The Century

While color blocking was most popular in the 1980s — which was a very interesting time for fashion — it first started showing up in American fashion styles in the 1940s. And the actual process of color blocking was invented by a Dutch designer named Piet Mondrian.

Here’s a video showing a brief overview of the process — which was started by neither James Charles nor Hila. 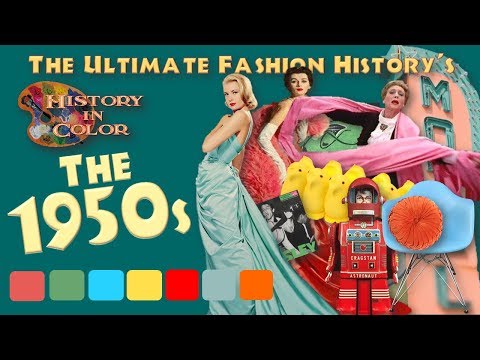 So, no, Gen Z: you didn’t invent color blocking, and you don’t need to make James Charles trend because he wears color blocking clothes. They look ridiculous anyway.