The FBI raided the YouTube prankster’s home in Calabasas, California, on Wednesday morning.

What We Know About the Jake Paul Raid

While details remain hazy, here’s what we know: The raid is gloriously legitimate – not another asinine YouTube prank. 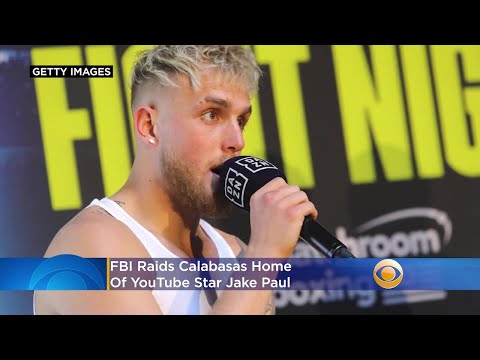 According to TMZ, at least 20 people served a search warrant at Jake Paul’s home this morning:

Whatever the feds were looking for a Jake Paul’s home apparently required a lot of backup and manpower … because a small militia left his pad in armored trucks.

Journalist Rachel Greenspan has confirmed via a statement from the FBI that their raid is part of an “ongoing investigation.”

Thus far, Paul has not commented. The FBI isn’t releasing any more details, either.

The search warrant is sealed, so it’s unclear what agents were looking for.

This is just the latest controversy facing the so-called “YouTube star,” who’s more famous for being infamous than he is for filming any sort of meaningful content for his channel. 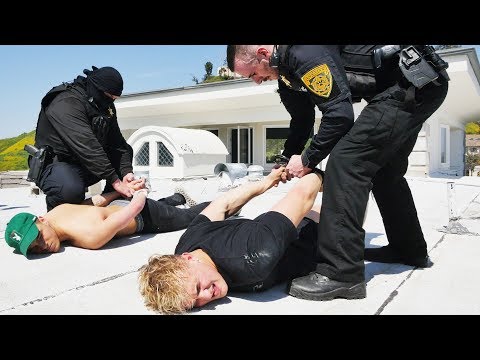 Back in June, Jake Paul was arrested and charged with a few misdemeanors for allegedly participating in the looting of a mall in Scottsdale, AZ.

While Paul denied any wrongdoing, he brazenly exploited the publicity to his advantage.

Paul and former NBA player Nate Robinson are currently scheduled to face off in a September 12 celebrity boxing match that will be the “opening card” for the Mike Tyson-Roy Jones Jr. fight.

It looks like the strong arm of the law could deliver him a knockout before he even steps into the ring. Then again, he and his ilk always seem to weasel out of whatever messes they create for themselves.

While Jake Paul could end up with more than a wrist-slap this time, I won’t hold my breath. We have to enjoy every morsel of justice we can get – even if we’re all guilty of schadenfreude as a result.