First daughter and White House senior adviser Ivanka Trump has hit out at Democratic U.S. House Rep. Alexandria Ocasio-Cortez’s proposal of a guaranteed minimum wage, saying it goes against the will of the majority of Americans. In a Fox News interview, Trump said that ‘most Americans’ want jobs and opportunities to move up the economic ladder:

“I don’t think most Americans, in their heart, want to be given something. I’ve spent a lot of time traveling around this country over the last 4 years. People want to work for what they get. So, I think that this idea of a guaranteed minimum is not something most people want. They want the ability to be able to secure a job. They want the ability to live in a country where’s there’s the potential for upward mobility.” 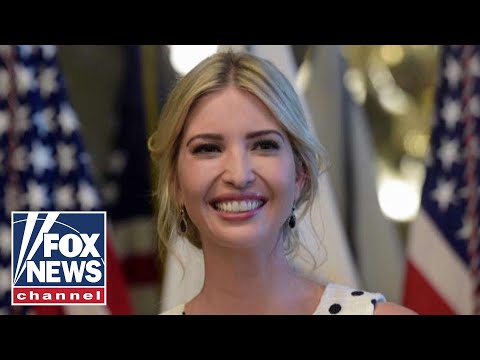 Previous public comments made by Ivanka suggest that she believes market forces should be left to determine wages. In the recent past, she has championed upgrading skills as a way of enhancing workers’ competitiveness and wages:

This Admin is committed to ensuring more Americans have the skills needed to secure better jobs in our strong economy. I look forward to participating on a panel to discuss our work and hear what is happening on a State level. #NGA

Trump was responding to some of the ideas that have been advocated in the Green New Deal. Ocasio-Cortez, who represents New York’s 14th congressional district, has emerged as one of its major proponents. The Green New Deal is an effort to address climate change and economic inequality.

With regards to economic inequality, the Deal has identified decades-long wage stagnation as being one of the contributing factors. According to the Deal’s document, hourly wages in the U.S. have stagnated since the 1970s. This has led to workers’ earning and bargaining power being eroded.

“[T]o achieve the Green New Deal goals and mobilization, a Green New Deal will require the following goals and projects— (H) guaranteeing a job with a family-sustaining wage, adequate family and medical leave, paid vacations, and retirement security to all people of the United States.”

Leadership starts with our choices.

That’s why I decided that no one on my staff will make less than $52k/year.

It’s likely one of the highest entry-level salaries on the Hill. We pinch pennies elsewhere, but it’s worth every dime to pay a living wage.https://t.co/IxfNH4632h

In December, shortly after being elected to the House, Alexandria Ocasio-Cortez announced that she would be paying her interns $15 hourly. This made her one of the few congressional representatives to pay interns, according to USA Today. At the time, she criticized her political rivals for their insistence on ‘fiscal responsibility’:

“It is unjust for Congress to budget a living wage for ourselves, yet rely on unpaid interns & underpaid overworked staff just bc Republicans want to make a statement about ‘fiscal responsibility.'”

But as well-meaning as she may be, critics have pointed out that ‘redistributing wealth’ by raising the minimum wage for her junior congressional staffers will mean that senior employees will have to take salary cuts. Consequently, she may have trouble retaining or recruiting top tier candidates. This is according to congressional pay expert and a senior fellow at non-partisan think tank New America, Lee Drutman:

“I’m sure there are a lot of people who are really excited to work for her, and who might be willing to forgo some salary for a few years just for the excitement of working for a member who is so hot right now. But is that sustainable for the long term?”

As Bernie Sanders Crashes & Burns, Who’s Next for the Socialist Squad’s Backing?