Warren Buffett is waiting to swing at something big.

But he’s been waiting for years.

That’s left investors scratching their heads. But it should be no surprise that the intensely patient Buffett has waited to make a big move with Berkshire’s growing cash pile.

In one of his earliest televised interviews (1985), he said [CNBC]:

There may be wonderful pitches to swing at, but if you don’t know enough, you don’t have to swing. And you can sit there and watch thousands of pitches and finally you get one right there where you want it … and then you swing. 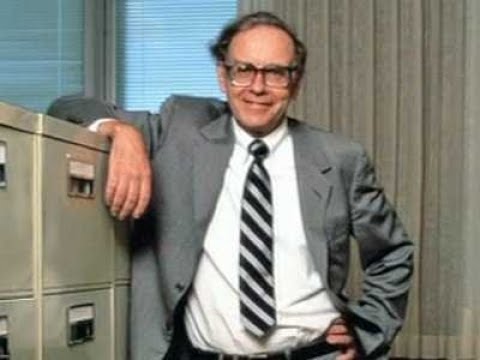 Is “The Oracle of Omaha” waiting to swing at a housing market crash?

After its worst decade in history, that could knock Berkshire’s profits out of the park.

Warren Buffett’s investing philosophy is simple. He likes to invest for the long term, in businesses with really great future prospects. But he likes to wait until they’re in financial distress so he can get a really great bargain on them.

In the 2018 Annual Report to Berkshire Hathaway shareholders, Buffett wrote that prices for “businesses possessing decent long-term prospects” were too high:

In the years ahead, we hope to move much of our excess liquidity into businesses that Berkshire will permanently own. The immediate prospects for that, however, are not good: Prices are sky-high for businesses possessing decent long-term prospects.

Many have taken his words to mean that stocks are too expensive [The Motley Fool] for Berkshire to make a big acquisition. But he doesn’t say that it’s stocks he’s waiting to buy at a better price. In fact, in the very next sentence, he says he’ll just have to settle for stocks until what he’s really interested in isn’t priced so high:

That disappointing reality means that 2019 will likely see us again expanding our holdings of marketable equities.

Berkshire did buy $900 million worth of Amazon (NASDAQ:AMZN) shares in 2019. But that likely wasn’t what he was referring to in the 2018 annual report, when he wrote:

We continue, nevertheless, to hope for an elephant-sized acquisition.

Not with the company’s cash piling up to $128 billion.

Is Berkshire Saving For A Housing Market Crash?

If I had a way of buying a couple hundred thousand single family homes, and had a way of managing. The management is really the problem. Because they’re one by one. They’re not like apartment houses. But I would load up on them.

I think that’s probably as attractive an investment as you can make. 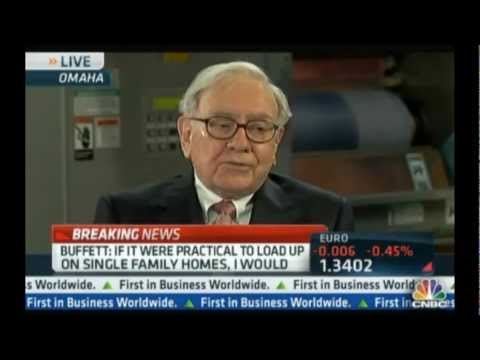 He could be waiting for the housing bubble to reach capacity– and burst. Then take a $100 billion swing at the housing market crash and load up on a couple hundred thousand single family homes. The economics of a residential real estate empire like that would be a perfect match for Warren Buffett’s investing philosophy.

But to get the best bargain on such a massive acquisition, he would have to wait for a housing market crash. Prices for housing are indeed “sky-high.”

Why Not During The 2008 Housing Crisis?

So why didn’t Berkshire Hathaway load up on homes during the Great Recession, after the housing market crashed under the weight of the subprime mortgage crisis?

Buffett might not have felt comfortable enough at the time with Berkshire’s level of expertise in real estate. He was more familiar with financials and sugary treats.

So Berkshire Hathaway invested in Goldman Sachs, Bank of America, and Mars [The Week] at Great Recession discount prices.

If the housing market crashes, we might see Warren Buffett’s last big swing– taking Berkshire Hathaway from selling houses, to buying them.