Twitch's most popular streamers are leaving the platform en masse. This could alienate its core audience. | Image: shutterstock.com

Gaming streams are getting more popular, and it’s easy to see why.

Gaming content mainly revolved around Let’s Plays and reviews before Twitch came along and popularized live streaming. Since they were founded back in 2011 they’ve become a company that has 15 million daily active users.

In recent years competition has sprung up, with both YouTube and Xbox offering their own streaming services. Now it seems like Twitch might be at risk of alienating its key audience. Several high profile streamers have recently left the site, and Twitch themselves have been the target of some pretty heavy-handed criticism. 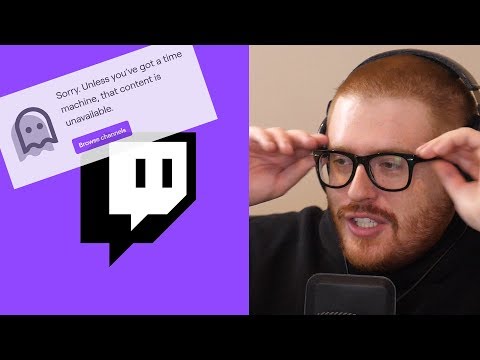 The highest-profile streaming who recently left was probably Ninja. The Fortnite streamer reportedly left the site due to restrictive contract stipulations. These tight contract rules apparently hindered his brand’s growth outside of being a gamer.

If Ninja’s claims are true, it might mean many more streamers are going to jump ship along with him. It’s not unreasonable for streamers to want to grow their brands. If Twitch is trying to restrict that growth then they’re likely to see many popular streamers leave for Ninja on Mixer.

s1mple is another Twitch streamer who is likely to abandon the site soon. Known as the best Counter-Strike player of 2018, he recently received his second suspension, supposedly for using Russian slurs during streams. According to his Twitter, Twitch failed to take the context of what he said into account, and he no longer wishes to be partnered with the site.

That’s Not the Only Problem Twitch Is Facing

Over the past few years, Twitch has also faced numerous controversies surrounding its rule enforcement.  Some have accused the site of giving preferential treatment to popular streamers who flout the rules of Twitch. In response, the site went over the top and started banning streamers for the vaguest reasons.

There’s also be specific streamers who appear to be unbannable in the eyes of Twitch. Alinity, for instance, was a streamer who failed to receive a ban despite abusing animals live on her stream. Many used this incidence as an example of the sexism and favoritism that Twitch allegedly displays.

With such a large number of streamers leaving or threatening to leave the site, Twitch is in danger of taking a massive nosedive. As competing services become more popular, it is likely that Twitch will have to do something drastic if they want to retain their spot as the top gaming live streams website. That is if they can do anything about it at this point.