Certain media outlets have tried to label Joe Rogan as ‘transphobic,’ but what do they stand to gain by making such a statement?

“This is a minefield,” Joe Rogan said about transgender issues during a recent podcast.

He would know. His forays into gender philosophies have generally blown up in his face–at least if you take what you see on Twitter to be true.

Since moving The Joe Rogan Experience (JRE) over to Spotify, the company’s employees have protested his content. Twitter mobs have tried to cancel him. And media outlets have tried to shut him down, place him in a box, and ship him off into irrelevancy.

Are his detractors right–is he really just an insensitive brute? Or have these ‘allies’ become too quick to crucify?

That one title immediately created two bogeymen. It made Joe Rogan and Spotify’s CEO sound like out-of-touch, insensitive men who don’t give a hoot about the LGBTQ community.

The article uses Rogan’s interview with Abigail Shrier as an example of the problem.

Admittedly, the title for Shrier’s book, Irreversible Damage: The Transgender Craze Seducing Our Daughters, uses the same tactics as Vice. It wants to scare you into a purchase.

Check out the introduction of this conversation: 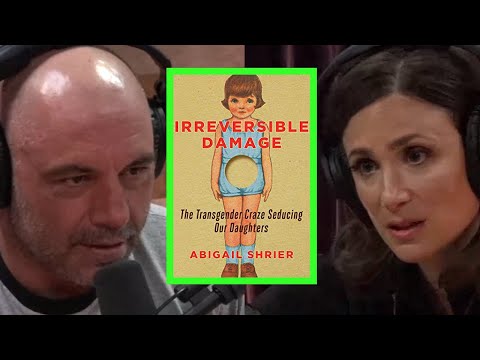 Shrier referenced an academic study by Lisa Littman at Brown University. According to Shrier, it signaled a:

Huge epidemic in America of teenage girls deciding they were trans with their friends after social media emerge in and pushing for hormones and surgeries.

She draws a correlation between young girls, gender dysmorphia, and mental health. Shrier claims to have no dog in the race, but Vice says she:

Invalidates the lived experience of trans people by comparing transitioning to adolescent phenomena like eating disorders, self-harm, or the occult.

The publication also claimed that Rogan “rarely challenges his guests on their views” and allows them to spread their “bad ideas” on his show. Essentially, they’re saying that Joe Rogan lets people like Shrier go on his podcast and infect the world with what they deem ‘bad ideas’ without any pushback.

Believe it or not, Vice is being misleading.

Admittedly, Rogan has had more than one moment of true ignorance on his podcast. And some of his past guests, like Alex Jones, have spread insane ideas on his platform. But during the interview in question, he pushes back against Shrier on several occasions.

At one point, Rogan asked if maybe, instead of an “epidemic,” there are simply more trans people than we thought, but they didn’t feel safe to talk about it until now.

When Shrier referenced young boys punching their genitals because they don’t want to be boys, Rogan accused her of speaking in generalizations because “people vary widely in the way they deal with things that bother them.”

Check out the interaction in the video below: 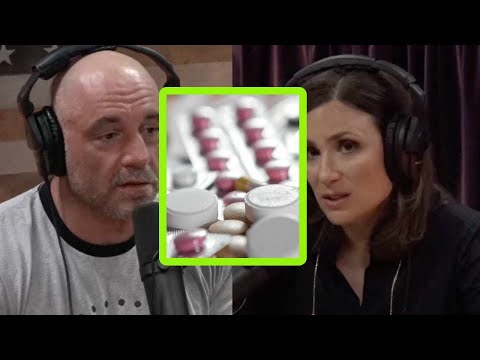 He said that some adults are transgender, and “we fully support that,” noting that they were there to talk about teenagers.

He even questions the misleading cover of Shrier’s book, asking, “if it’s about teenagers, why is there a very young girl on the cover?”

Obviously, he’s not ‘pushing back’ as much as some people would like, but to act like he’s just letting “bad ideas” run rampant is a straight-up lie.

How Should This Go?

At the heart of his conversation is safety.

Is the best course of action to just let anyone of any age transition at any time? Should we assume that there are zero mental, emotional, and physical risks with changing your gender? And should impressionable teenagers be able to make this life-altering decision?

The concerns were based on a scientific study, not opinion.

It doesn’t mean that Joe Rogan, or even Shrier, hate transgender people.

Sure–he, and I, and millions of others have room to absorb more education on the subject. So why aren’t people encouraging dialogue instead of vilification?

Vice could help to create a push to have a transgender speaker appear on Joe Rogan’s huge platform. That way, his audience could learn along with him. At some point, we need to realize that creating conversations is more important than creating enemies.

But that article probably wouldn’t get the desired ‘click’ totals. Vice is a business before they’re a moral guidepost.

And sometimes ‘allies’ aren’t aligning with the causes you think.

Aaron Weaver
Aaron is the U.S. editor of CCN.com located in Los Angeles. He has been a professional writer and comedian for over ten years. After graduating with honors from Western Michigan University, he's written extensively for newspapers, websites, and various TV shows and web series. Email: aaron.weaver@ccn.com. LinkedIn profile.
Subscribe
2 Comments
Most Voted
Newest Oldest
Inline Feedbacks
View all comments
← PreviousChristina Anstead Hits Back at Haters – But is She a ‘Deadbeat Mom’?
Next →Britney Spears Lost Her Conservatorship Battle – But That’s No Bad Thing

Does Ben Shapiro Seriously Think That California Will Miss Him?
Aaron Weaver