As the embargo on Gears 5 reviews lifts, we are starting to get an idea of what The Coalition’s new third-person cover shooter is all about, and things are looking good for Microsoft’s latest Xbox exclusive set for release on Sept. 10.

The common consensus among the gaming press is that Gears 5 offers a polished experience and a decent narrative propped up by unadulterated action gameplay that stands out as a welcome break from the more serious tone of recent big-budget titles. 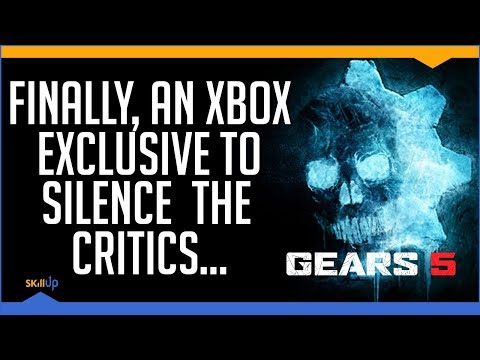 This is good news for Microsoft, who, let’s face it, lost out on this generation’s console war, in part due to marketing the Xbox as an entertainment system rather than a bonafide video game console and a rather mediocre roster of exclusives that paled in comparison to PlayStation’s stacked roster.

Sony has flogged more than twice as many PlayStation 4 units than Microsoft. Xbox One sales stand at an estimated 41 million units, while Sony boasts over 100 million units sold.

These exclusives that include acclaimed titles such as God of War, Horizon Zero Dawn, Bloodborne, and Marvel’s Spider-Man are arguably responsible for the PlayStation 4’s success.

Aside from the Forza racing games and the priceless Halo IP, Gears is the only other big-name Xbox exclusive franchise that still has sway among gamers.

As we gear up to the release of the Xbox Scarlet next year and Sony’s PlayStation 5 – presumably within a similar time frame – Microsoft desperately needs Gears 5 to be a roaring success among players to realistically compete with Sony. It’s even gone as far as offering free tattoos to players as part of its last-minute marketing push. The company needs a home run on a AAA exclusive to set the tone for the future.

The signs look good, but nothing quite defines the fortunes of a title like sales figures and player sentiment, so we’ll be watching closely in the next couple of weeks to see if Gears 5 represents Microsoft’s first step towards redemption.