By her own admission, Mama June is a meth-head.

The star of such trashy reality shows as Here Comes Honey Boo Boo and From Hot To Not went public with her $2500-a-day habit. Presumably, she did it to “come clean.”

Not only is this revelation not shocking, but it’s also the least trashy thing June Shannon has done.

Mama June made a name for herself by catering to the lowest common denominator in American society. The same Americans that made “stars” of the cast of “Duck Dynasty” made June Shannon a millionaire.

A millionaire, mind you, that blew said millions on meth.

This is a beast that we, as Americans, have to own.

And the sad thing is, the crazy meth addiction isn’t even the worst thing about her.

She got pregnant at 14 and had her first child at 15. She pursued relationships with two men who went on to become convicted child molesters. And she’s been arrested for cocaine possession. 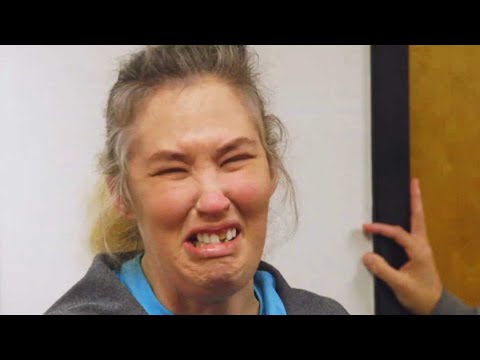 Let’s not forget that her current “boo,” Geno Doak, is also a convicted criminal.

So is Mama June’s latest revelation really that much of a shock?

In the beginning, Mama June and her career were seen as a curiosity. Who, we thought, could live like this?

But as time went on, her trajectory became the norm. As a result, we have to deal with other lowest-common-denominator shows like “Duck Dynasty,” “Alaskan Bush People,” and, of course, “Tiger King.”

There is, in fact, almost a direct correlation between “Tiger King” and Mama June.  It’s almost as though the former answers the challenge of the latter: how much worse can you get?

Given all this, it’s time to fully cancel Mama June and all trashy reality stars like her. We’ve had more than our fill of garbage entertainment — it’s time to make quality great again.