After a three-week run in cinemas, The Irishman was made available on Netflix in the last week of November. Reactions to the movie have been strong and fans’ opinions are divided. Many people liked the three and a half hour movie, but a big portion of viewers found it boring and took to social media to express their opinion.

So, I didn't like "The Irishman". I can't help to compare it to Goodfellas, which I completely loved. And this one is long, slow…Boring. Please Martin, don't hate me. I still think you are the Master. pic.twitter.com/04k13ed1EN

Irrespective of what you think about the movie, it’s undeniable that it failed to create the same buzz as other major Netflix releases. And the data backs this up.

According to Nielsen, The Irishman was watched by 13.2 million unique Netflix viewers in the first five days of its launch. The numbers were pale when compared to Bird Box which drew in 26 million users in its first week. The under performance of The Irishman can be gauged by the fact that Netflix didn’t release the official viewership number like it did with Bird Box.

What’s worse is Neilsen data also suggests that only 18% of the viewers sat through the entire movie. The 18% completion rate compared favorably to other major Netflix releases like Bird Box and El Camino.

The project will still be considered a disaster for Netflix as the company reportedly splurged over  $150 million on its production. And this number doesn’t even include the marketing cost. By comparison, Bird Box had a budget of less than $20 million. Thus, its highly likely that The Irishman will prove to be a money-losing venture for Netflix.

In a time when big-name competitors are entering the online streaming business, it doesn’t make sense for Netflix to spend big money on acquiring properties that most people will only watch once (or in the case of The Irishman, not even once).

The content-spending spree has pushed Netflix’s debt to over $13.5 billion. By comparison, the company only has $4.44 billion cash on its balance sheet.

In fact, the debt situation has gotten so dire that even stand up comedians have started commenting on it. 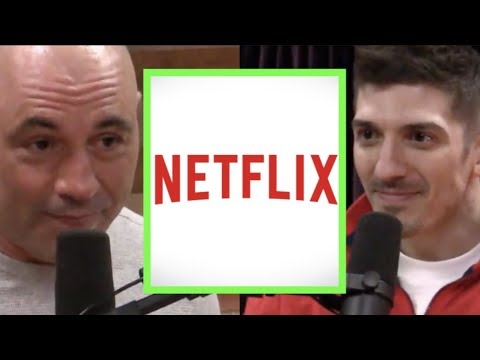 However, since Netflix’s stock price is closely tied to its subscription growth, the company’s board keeps spending big on content in the hopes of drawing in new users. Hence, it doesn’t seem like Netflix will stop splurging on content anytime soon, even if it threatens its long-term future.

Netflix’s content spending, most of which is debt-driven, will hit $15 billion by the end of 2019 and is expected to rise further to almost $18 billion in 2020. Evidently, the company’s balance sheet will be in a lot worse shape by the end of 2020.

The arrival of big-name competitors like Amazon, Disney, and Apple, will slow down the subscriber growth rate and Netflix won’t be able to justify the heavy spending on content to investors in the future.

Netflix’s current business model of buying content on debt is clearly unsustainable. and the company will need a complete strategic overhaul going forward or risk bankruptcy.