It is not unusual for NFL players like Baltimore Ravens quarterback Lamar Jackson to get involved in political discussions. Like Jackson, they are all of voting age, pay taxes, and should be interested in how the government operates and who is running it.

This is especially true with the spotlight many professional athletes are trying to shine on racial inequality and social justice initiatives. Like the NFL’s voting commercial says, “We can’t win if we don’t play.” Watch the video: 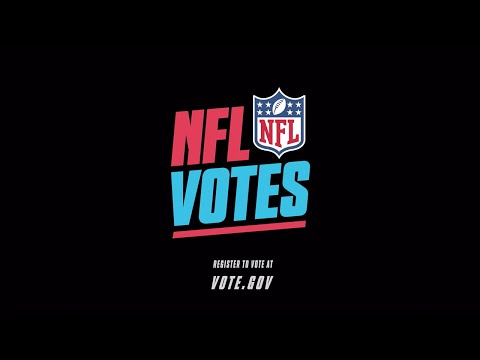 With the issues gripping the nation and the polarizing nature of politics, politically oriented material tends to elicit strong reactions from people on both sides of the spectrum.

So, when Jackson reposted a tweet from Donald Trump a few months ago, it was not shocking that social media went nuts. Since Jackson was on Monday Night Football this week, that tweet has crept back into conversations once again.

While it didn’t mean anything remotely close to what many people thought, it did mean something.

It all started harmlessly. Jackson reposted a tweet featuring a college teammate who got excited when he found out the Ravens took Jackson with the final pick of the first round:

Where it began to get messy was when Trump reposted Jackson’s tweet with a comment of his own:

People made the usual comments they do whenever Trump tweets about anything, but where things went wrong for Jackson was when he replied:

Many people jumped to the wrong conclusion and assumed this meant he was a Trump supporter. It, of course, meant nothing of the sort. Jackson eventually made this clear when he told reporters:

I saw him making a statement about me being a great pick, my teammate congratulating me and stuff like that. I was just like, ‘Appreciate that. Truss.’

Therein lies the danger of trying to read into every little thing an athlete says or tweets. Not everything has to mean something or have some hidden message. There is no need to read between the lines as much as people do.

Sometimes harmless comments are just that—harmless. But this one does mean something for Lamar Jackson.

Lamar Jackson is part of that generation that grew up with social media. He has probably forgotten more about social media than teammates and coaches 10-20 years older than him ever knew. But that doesn’t mean he knows all that there is to know.

He may also use a refresher about Social Media 101— choose your words carefully and who you tweet or retweet even more carefully. Because you never know what sort of crazy, insane, and false assumptions people will make.

Was he wrong to reply to the President of the United States paying him a compliment? Of course not. But with how social media overreacts to everything, especially when Trump is involved, he would have been better off saying nothing at all.

What does this prove about Jackson? One thing—he is not as social media savvy as we might expect a 23-year old to be.