Yesterday, out of the blue, Sony unveiled the PlayStation 5’s new controller.

It’s a significant moment in Sony’s snail-paced wind up to the next generation. Our first look at the hardware set to make up the PlayStation 5 eco-system. Dubbed the DualSense, the controller pushes the boat out in terms of aesthetics with a daring, hyper-modern design. 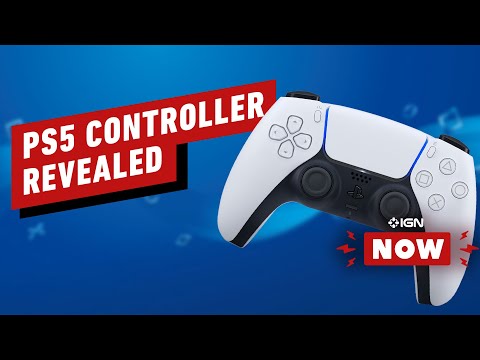 Transparent buttons, a chunkier profile compared to the DualShock 4, and a raft of features that Sony says will up the sense of immersion. There’s talk of it being an extension of the player, “so much so that they forget that it’s even in their hands,” as Sony puts it.

Haptic feedback promises untold tactility in games – “the slow grittiness of driving a car through mud.” The L2 and R2 buttons are now adaptive, creating a feeling of tension – “like when drawing a bow to shoot an arrow.”

The Share button is being superseded by the newly-coined “Create” button, which we’ll hear more about as we near launch. Sony has improved the rechargeable battery to last longer, and there’s now an in-built microphone so we can direct carping remarks at one another without a supplementary microphone.

What About The Headphone Jack?

While these are all welcome features sure to change how we experience games for the better, there’s something that worries me. Sony made no mention of a stereo headphone jack on the DualSense controller.

The only real section from the PlayStation.Blog post that vaguely touches on headphone territory is as follows:

DualSense also adds a built-in microphone array, which will enable players to easily chat with friends without a headset – ideal for jumping into a quick conversation. But of course, if you are planning to chat for a longer period, it’s good to have that headset handy.

The three images we currently have of the DualSense show no sign of a headphone jack. There’s a small hole in the casing where the audio jack sits on the DualShock 4, but it seems too small for 3.5mm audio jack.

Yet the images show only two viewing angles, which leaves open the possibility that Sony has shifted the jack’s position elsewhere on the new PS5 controller.

It’s worth noting that Sony hasn’t confirmed whether the DualSense has a headphone jack or not. But, if it’s missing, then the DualSense loses what is among the DualShock 4’s best features.

Sony, Please Don’t Make This Mistake with the PS5 Controller

Although exact figures are almost impossible to come by, I’d wager that a lot of PlayStation 4 owners use the headphone jack almost exclusively for their audio needs.

Sony could be pushing for players to use wireless/Bluetooth headsets, but this would exclude a good portion of players fond of a particular wired model of headset.

In my case, I’d be somewhat irked if I had to replace my 15-year-old, battered, held-together-by-duct-tape, Numark PHX headphones for some over-stylized tosh from HyperX or Logitech.

Mark Cerny’s focus on 3D audio and the Tempest engine in the PS5 deep dive last month does give me confidence that Sony has the sense not to ax such a crucial feature. After all, Cerny made a big song and dance about prioritizing the quality of headphone audio.

We’ll have to wait for the official word from Sony, but a sad day it would be if we have to wave goodbye to a headphone jack.