There appears to be growing employee animosity towards Amazon, but it will never matter in the slightest.

A Bizarre Survey That Makes No Sense

Business Insider published a bizarre report on Tuesday, citing a survey in which a third of Amazon employees believed the Amazon.com would crash on Prime Day.

Even worse, 60 percent of eBay employees expect a crash on Prime Day, as do 42 percent of Wayfair employees.

The report is bizarre because the Prime Day survey, conducted by Blind, is not only unscientific but is also about as biased as it could possibly be.

Of course competitors to Amazon would be expected to speak negatively about the company!

Yet look at the respondents that worked at Amazon. Are any of these people website technicians? Probably not.

This is a ridiculous report, but there’s also another report that Amazon workers in Minnesota will strike for six hours on Prime Day. They apparently are protesting productivity quotas, safety conditions, and only being hired for temp work. 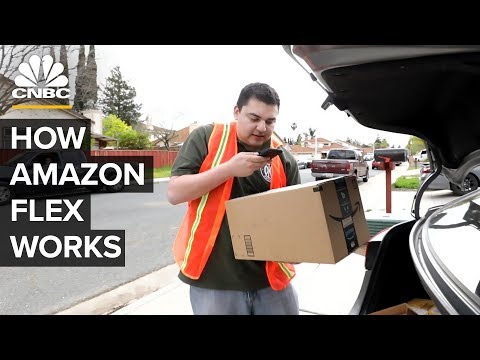 That report is accurate and has been verified by workers and their white-collar colleagues at that facility. There is no way that this is going to have any impact because Amazon will be prepared to handle any logistical deficiencies that occur on Prime Day.

Yet these are two more anecdotal data points that indicate an underlying resentment towards Amazon. Even Ice-T is annoyed by them.

This should come as no surprise given that Amazon has destroyed countless mom-and-pop retailers, and delivered crippling blows to some of the nation’s most famous retailers.

Success Breeds Hate – Even From Employees

As much as people criticize Amazon, one would be hard-pressed to find people who do not use the service on a regular basis. The simple fact is that Amazon is an incredible company, its Prime service is astonishingly efficient, it offers just about anything anyone could ever want delivered right to one’s home, and it revolutionized the retail business.

So while these two anecdotal data points are indicative of underlying resentment, it seems highly unlikely that people will be able or willing to change their behavior regarding Amazon.

Even the complaints regarding working conditions and pay scales will just get lumped in with identical ongoing complaints about minimum wage. Amazon is even prepared to go above and beyond on this issue, pledging to pay its workers a minimum of $15 per hour.

Amazon Stock Has Nothing To Worry About

Is it possible that any of these issues would impact the stock?

That’s extremely unlikely. Amazon generates so much revenue every year and so much cash flow that it would take millions of people to suddenly stop using it before it had any material impact on the business.

At this point, Amazon is unbeatable. Its operation is so big and has such reach –  and is still growing – that no company will ever be able to catch up. At this point, other businesses that compete with it are just trying to survive.

There will always be haters of large and successful corporations. Historically, those haters have never been able to make a dent in any business. The only time these gargantuan corporations fail is when they rest on their laurels.

Jeff Bezos is not about to do that.