Ah, Idris Elba. Over the past few years, the actor has gone from relative unknown to Hollywood thirst trap thanks to a variety of roles. While his notoriety has increased, his brain cells have fallen by the wayside.

The star has just joined the ranks of insufferable A-listers trying to goad us into thinking that COVID-19 isn’t so bad after all.

Both Idris and his wife, Sabrina, were unlucky enough to catch the virus, but have now recovered.

In one of his first interviews since falling victim to the disease, Idris seems to have taken leave of his senses:

I think that the world should take a week of quarantine every year to remember this time. Remember each other. I really do. I think it’s…other species use it. It’s called hibernation. But it does remind you that the world doesn’t tick on your time.

I know Idris has been in isolation, but is there no WiFi where he is? Does the luxury accommodation that he’s been entrapped in not offer complimentary TV with his caviar?

Idris Needs to Get a Clue 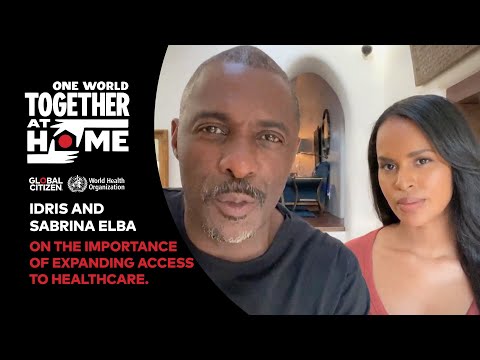 As UN Goodwill ambassadors that have just started a substantial multi-million-dollar fund to help farmers, you would’ve thought they might have a bit more compassion.

But I can’t solely blame Idris for this massive blunder. There seems to be something in the water.

I’m all for making the most out of a hot mess, but I find the entire celebrity trend of enlightenment sickening and hypocritical.

I do not doubt that it’s very easy to preach peace and goodwill with a side of yearly remembrance when you’ve had a self-confessed “very mild” case of COVID-19. For the families of the 167,316 and counting people that have died, I highly doubt they will be looking to repeat this experience ever again – let alone annually.

Is it time to be grateful for the little things that we have in life? Absolutely. But it’s not time to consolidate this painful era of great civil unrest, economic crisis, and mortal danger into a moral lesson.

What’s wrong with throwing our hands up and accepting how terrible all this is? Why is there a constant need to find some sort of salvation in something that is nothing short of a disaster?

There was a time when Idris Elba was being considered for the role of James Bond. Thank goodness he’s out of the running. How can you play a spy when you’re this clueless?