Today marks the 416th day since Huawei’s CFO, Meng Wanzhou, was arrested at Vancouver airport. Canada detained her at the request of the United States where she may be sent pending the results of her extradition hearing.

The Justice Department slapped Meng with 23 criminal charges including bank fraud, money laundering and attempted theft of trade secrets. But is her case part of an effort to reign in China’s supposed violation of international free trade laws? Or is it about 5G internet?

Will Canada Extradite Meng to the United States? 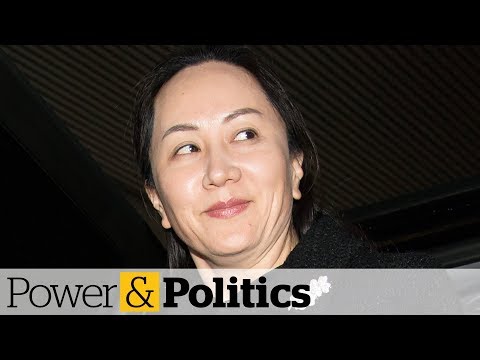 If Canada extradites Meng to the United States, it may be game over for her. America has strict intellectual property laws and a long track record piercing the corporate veil. Because of this, Meng’s defense may rest on proving that her charges are not actually crimes in Canada.

According to Richard Peck, a member of Meng’s defense team, several of Meng’s charges – particularly those related to bypassing U.S sanctions on Iran – may be based on stipulations that Canada doesn’t accept. Nevertheless, Meng faces 23 charges, and it is hard to believe none of them will stick.

According to Emily Lazatin, a journalist who follows the case, Meng’s defense seems to be struggling.

If (perhaps when) Meng is extradited to the United States, expect the diplomatic fallout to be huge.

President Trump has even suggested that he is willing to use her as a political pawn stating the following in late 2018:

Does this have something to do with 5G Internet?

Trump intervention or not, the United States is going hard on Huawei, And the onslaught has many questioning what this is really about.

It’s no secret that the United States feels threatened by China’s increasing dominance in the telecommunication sector. America has historically been at the forefront of technological innovation. China’s usurpation of this role could have grave consequences for both America’s economy and its national security.

U.S officials are putting pressure on their counterparts in Europe, urging them not to use Huawei’s 5G services.

Recently, senior U.S officials met with their counterparts in Britain to share a dossier of risks involved in allowing Huawei to build British 5G infrastructure. Britain and the United States have membership in an intelligence-sharing alliance called the Five Eyes. Australia and New Zealand, which are also members, have decided not to use Huawei services. Canada has not yet decided on the issue.

Is all this a coincidence or is Meng’s trial part of a larger effort to reign in China’s 5G dominance? Only time will tell.