Billionaire Elon Musk’s Twitter is so powerful he can forge high-profile alliances with a single tweet. That’s what triggered Musk’s talks with German automaker Daimler to collaborate on an electric van inspired by the Mercedes-Benz Sprinter.

“These talks are happening,” Daimler CEO Dieter Zetsche said. “The outcome is open.”

The potential joint venture started after a Twitter user told Musk that he wishes Tesla made an electric van.

Musk responded by saying he may be interested in teaming up with Daimler on an electric version of the Mercedes-Benz Sprinter.

“May be interesting to work with Daimler/Mercedes on an electric Sprinter. That’s a great van,” Musk tweeted in November 2018. “We will inquire.”

Maybe interesting to work with Daimler/Mercedes on an electric Sprinter. That’s a great van. We will inquire.

Shortly afterward, Jerome Guillen ― a Tesla executive who once worked at Daimler ― called his former employer to discuss a potential joint venture. Tesla and Mercedes-Benz are now quietly talking behind the scenes. However, no details have been disclosed.

Meanwhile, Daimler plans to unveil an electric version of its Sprinter later this year. It’s unclear what input Tesla had with the forthcoming vehicle, or if Tesla and Daimler will develop a separate electric van down the line.

While the Sprinter may be functional and practical, it’s not the most attractive electric vehicle ever designed.

Interestingly, Tesla and Daimler have a cozy history. In May 2009, Daimler acquired a 9% stake in Tesla ― which was then an obscure startup ― for $50 million.

At the time, Daimler said it took an equity position in Elon Musk’s fledgling company to accelerate the commercialization of electric cars.

Two months later  ― in July 2009 ― Daimler transferred 40% of its Tesla stake to an investing arm of the government of Abu Dhabi.

In 2014, Daimler sold its remaining 4% share in Tesla for $780 million. The buyer was not disclosed.

Big Auto Is Hunting Musk Like a Pack of Wolves

For his part, Elon Musk needs all the allies he can muster. As CCN.com reported, Tesla is being squeezed by Volkswagen, General Motors, and Ford, which are all ratcheting up their electric-car game.

In addition, Ford is investing $11 billion to make electric cars by 2022, CNBC reported.

While Tesla has three EV models (the Model X, Model S, and Model 3), Ford plans to eventually have 40 hybrid and fully electric vehicles in its lineup.

Elon Musk on Competition: The More, the Merrier

While lesser CEOs might feel threatened by the rapid onslaught of competition in a field he pioneered, Elon Musk embraces it.

Musk has repeatedly said that fierce competition will advance his goal of promoting the widespread use of electric cars.

“The whole point of Tesla is to accelerate the advent of electric vehicles,” Musk said in December 2018 (see video).

If somebody comes and makes a better electric car than Tesla and it’s so much better than ours that we can’t sell our cars and we go bankrupt, that’s a good thing for the world.” 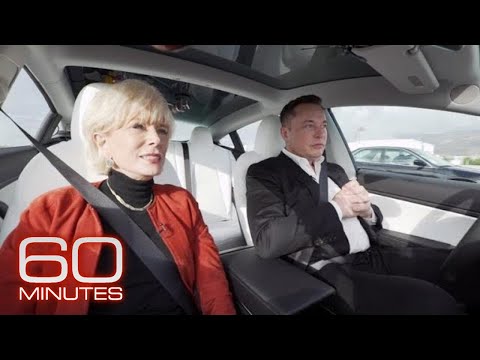