Harvey Weinstein has been sentenced to 23 years in prison for sex crimes going back decades.

Days before the sentencing, spokesman Juda Engelmayer said Harvey Weinstein “is not giving up on life.”

Good luck with that, Harvey. At 67 years old, a 23-year prison sentence is effectively a life sentence.

It couldn’t happen to someone more deserving.

The #MeToo movement’s work in Hollywood is far from done

Before we all start congratulating each other for a job well done, it’s worth remembering that the Hollywood institution that helped protect Harvey Weinstein and others like him is still very much at large.

I’m as ecstatic as anyone else to see Weinstein go to prison for what he’s done over the past three decades, and I certainly think a life sentence is precisely what he deserved. Let’s not lose sight of the arena that allowed Weinstein, and others like him, to play their sick games, though. 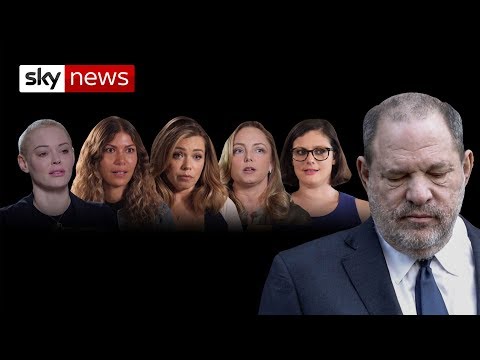 Make no mistake: There’ll be plenty of nervous men out there who hope Weinstein is the sacrificial cow that sees the pressure turned down on the movie industry.

I really hope those people are wrong. There is a lot of work still to be done to clean out the cesspool that Hollywood is.

Hollywood is a breeding ground for inequality

We’ve all seen Joaquin Phoenix’s speeches at several awards ceremonies, where he raises issues such as “whiteness” and even veganism.

At the risk of upsetting fans of Joker, it’s all too easy for someone like Joaquin to stand on a stage and pontificate about the ills of the world around him.

I wonder how guilty he felt when he cashed that check for millions of dollars for his Joker performance? It’s one thing to rail against the system while pocketing the cash it provides for you, and entirely another to take a real stand.

Hollywood is particularly adept at making the right noises at the right time. When the next awards ceremony rolls around, there’ll no doubt be more hand-wringing, more nodding in agreement with whichever cause the highly-paid actor on stage is talking about.

Harvey Weinstein wasn’t always the boogeyman. He was the liberal champion who held a fundraiser for Hillary Clinton, who hired former President Barack Obama’s daughter as an intern.

It sounds ridiculous now, but he even joined the parade in Utah for its version of a nationwide march for women.

My question is, how many more Harvey Weinsteins are out there in Hollywood? Using their power and status to take advantage of certain situations?

The problem is, Hollywood will always be able to offer up a new boogeyman. A fresh sacrificial lamb.

Why? Because it’s the entire industry that’s rotten, not just a few “bad eggs” within it.

Unless some real, fundamental changes are made, we’re destined to forever be applauding the latest actor making the right noises on stage, while thinking that we’re “doing our bit.”

The jailing of Harvey Weinstein isn’t the end of this horrific story. It’s just the beginning.