According to a tweet penned by PlayStation France, Kojima is planning a Death Stranding-related “surprise” for Paris Games Week, which runs Oct. 30 through Nov. 3.

“October 30 at 2:45 pm: @HIDEO_KOJIMA_EN will be on the stage of our space #PlayStationPGW for a surprise related to #DEATHSTRANDING followed by a one-hour photo-shoot with his fans. Be on time!”

Kojima has been no stranger to making appearances at gaming conferences and events in recent months. But, none have been promoted quite so explicitly as to tease fans with a “surprise.”

If we don our most flamboyant speculative bonnets, a surprise could mean all manner of things. But, with Hideo Kojima making a suspicious number of mentions of his upcoming Death Stranding launch trailer, our money is on precisely that.

We can’t discount another celebrity appearance in the game, though. Especially off the back of the news that US talk show host, Conan O’Brien, has a cameo in the game. By this point, it’s more about who isn’t in Death Stranding.

While some would call him a troll, Kojima is unquestionably a master of stirring the hornet’s nest. He’s egged on in part by devoted fans who hang off his every word, or should we say tweet. And he’s all too conscious of that fact.

While everyone wallowed at the cancellation of PT/Silent Hills following a split from Konami, Hideo Kojima toyed with us. A photo published on his assistant’s Twitter account showed him standing in front of a building adorned with a sign reading “PT.”

As for Metal Gear Solid V’s fabled Chapter 3 content, Kojima once again confused everyone with oblique teases to the number three, referencing Star Wars, True Detective, and The Killing.

And who can forget Kojima’s Christmas Metal Gear Solid V “surprise.” After sitting through a three-hour “Kojima Station” stream of Kojima unwrapping Christmas presents, fans were rewarded with a picture of the protagonist Snake wearing a chicken hat. Check it out below. The fun starts around the 2:44:00 mark. 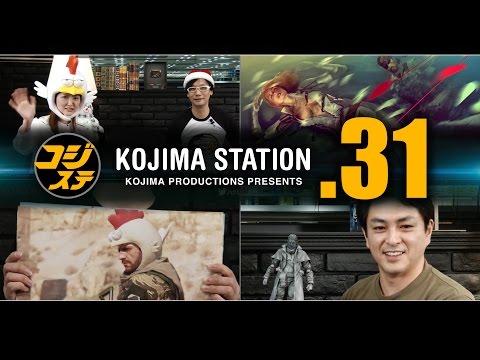 This close to the Nov. 8 launch date, we could be in for a juicy Death Stranding nugget. But, we’re dealing with Kojima here – anything could happen.