Drinking in the dark. Consuming all the ice cream before it melts. Unplugging from a digital life to enjoy the great outdoors. Letting out frustrations on social media until the devices run out of power. These are all the things that residents of California are getting up to in the wake of the power outage inflicted on nearly a million customers of the state’s largest electricity utility Pacific Gas & Electric Company (PG&E) (NYSE: PCG).

Of course, the most obvious reaction was to seek alternative sources of power. According to ABC7, the demand for electricity generators was so high in Ramon, Contra Costa County that a local Home Depot ran out of units priced at $700.

No power, no problem

Among the businesses that used alternative sources of power to stay open were alcohol establishments ensuring that no Californian inconvenienced by PG&E lacked a place to drown their sorrows.

In Sonoma County, the Town Square Bar used lanterns to light up the place according to the Daily Mail.

Unfortunately for  small enterprises, business is still expected to be low compared to ordinary times, according to CBS.

Ice cream lovers were not left out either. An ice cream parlor in Placerville, El Dorado County, has been offering a ‘PG&E special’ for its customers. The Hangman’s Tree Ice Cream Saloon has managed to keep one freezer on using a generator. However, customers have to pay in cash, according to CBS Sacramento.

Additionally, the ice cream store has also temporarily gotten into the business of selling kites. Per the owner, this is for those who want to know “how high the winds are going.”

Other than generators, some stores relied on the ingenuity of their employees to stay open.

And in what might have pleasant news for students, classes were canceled at various schools in the affect counties. With no school to keep them busy, some parents chose to take their children to work.

How badly hit will California businesses be by the PG&E power outage?

The decision by PG&E to effect a Public Safety Power Shutoff (PSPS) will have an economic impact too. According to a Stanford University economist, Michael Wara, the combined losses from the businesses by the PG&E power shutdown could amount to as much as $2.5 billion:

I thought I’d revise my calculation from last night on the potential economic impacts of a PSPS. Short answer is between $65 million and $2.5 billion depending on who is blacked out.

The losses will emanate not just from lost business but also from perishables going bad over lack of refrigeration. 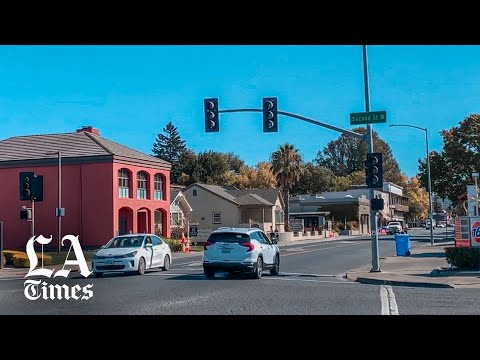 Laughing away the inconvenience

The gloomy picture did not, however, stop affected residents of California from turning to humor to cope.

For some, the whole situation was full of irony. While the reason for the PSPS was to prevent fires, alternative sources of lighting and power were clearly not risk-free.

And the police department of Pleasanton, Alameda County, joined in the fun too. While offering tips on how to cope with the outage, the Pleasanton Police Department also seemed to take a dig at President Donald Trump’s ‘sharpiegate’ controversy by bringing out their own alternative map showing the areas that will be affected by the high winds.