It’s finally happening. Hasbro has announced that MTG Arena will be coming to mobile in 2020. Finally, we’ll have a major competitor to the dominance of Hearthstone.

If there’s one game out there that can do it, it’s MTG Arena. It’s based on the longest-running CCG in the world. It’s also the most popular physical card game out there.

If things keep going the same way they have been for MTG, it’s going to completely dominate Hearthstone.

Very few other digital card games have high-level tournaments in the same way that Magic does. Even other huge games like Yu-Gi-Oh haven’t been able to compete in the same digital space.

MTG Arena is the first real chance at some decent competition that Blizzard’s CCG has had. Magic made Hasbro $500 million by July of last year on its own. With a game this long-lived and this popular, Hearthstone is finally going to be given a run for its money.

In My Opinion, MTG Arena Is Just Better than Hearthstone

MTG Arena has some distinct advantages over Hearthstone, at least as far as I’m concerned. Firstly, it has very distinct lore behind. While Hearthstone does have Warcraft behind it, the lore feels a bit too ‘generic fantasy’ for my tastes. It’s never been a particularly big draw from my perspective.

On the other hand, Arena has an entire multi-verse of dimension-hopping wizards to back it up. Complete with decades of lore including classic sword and sorcery elements, as well as more unique elements such as planets made of machines, living forests, etc.

The art is another good point too. While Hearthstone uses a very distinct art style, MTG Arena just has more variety. Maybe not as much variety as old-school magic had, but still. The art is just subjectively more appealing to me. It’s less cartoony, which might be a drawback for some I admit. 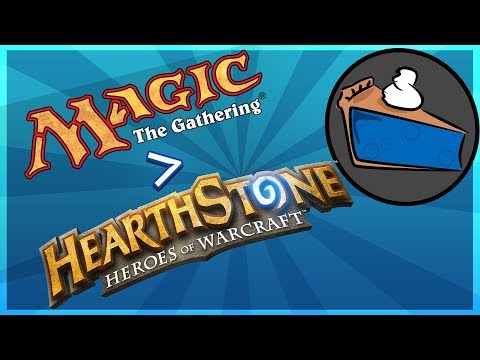 Right now, we have no idea what is actually going to happen. COnsidering that MTG Arena has 3 million active players right now, adding a new platform will probably increase that. While Hearthstone has 100 million installs, it’s doubtful that all of those people are currently playing the game.

It’s possible that the release of MTG Arena won’t have much of an effect on Blizzard. But if we’re lucky, healthy competition will make both games strive to improve themselves. Whatever happens, I’m just glad to be able to play Arena on the go. Finally.