Mobile gaming can be a tricky thing. There are some genuinely great mobile gaming experiences out there. But, the bad far outways the good. For every Downwell there are a million Candy Crush clones. Now Harry Potter is jumping on that particular bandwagon.

Harry Potter: Puzzles & Spells is a new mobile game from the Portkey Games brand. If that name sounds familiar it’s probably because they’re already released two games. One is a Pokemon Go clone, and the other is Hogwarts Mystery.

If you can’t tell already, the Harry Potter brand is so watered down it might as well be a pond.

Harry Potter Is Being Diluted by Too Much Media

Harry Potter is one of the most iconic franchises in recent memory. A series of 7 books spawned countless spin-offs, movies, and video games. Not to mention all the merchandise. Fans are even starting to get sick of it all at this stage.

There were already a bunch of mediocre games. Then Hogwarts Mystery came out and lowered the bar. Think about that for a second. A game series that features PS1-era Hagrid somehow had the bar lowered.

The problem is that all of these mobile games is that they’re taking something that used to be great and boiling it down to the lowest common denominator. 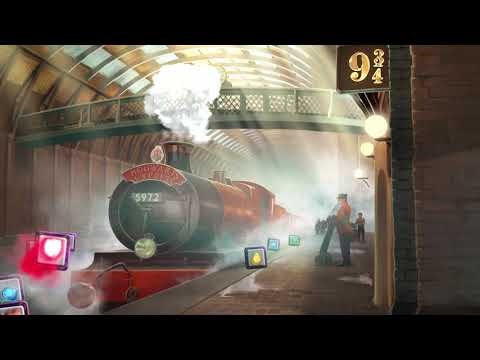 Puzzles & Spells Is the Worst One Yet

It would all be forgivable if these mobile games were any good. But, Harry Potter: Puzzles & Spells is the worst one yet. It’s just a Candy Crush clone.

No matter what other stuff you staple onto it, it’s still just a rip off of a game that came out in 2012. That’s jumping on a bandwagon so late that you miss and break both of your shins.

As a fan of the books, I just wish they’d stop. 7 books and 8 movies were plenty. We don’t need all this mobile gaming trash or the constant spin-offs that keep getting made. Just let it die. Let the memory of Harry Potter be a golden, rose-tinted one in the minds of the fans.

At this rate, that memory is taking a more feces-brown hue.