The next-gen console war is heating up. Both Xbox and PlayStation are doing their best to entice consumers into purchasing their plastic boxes of wonder. Microsoft is picking July’s showcase to offer a compelling argument for undecided buyers.

Sony’s originally tight-lipped approach has given way to a swathe of announcements. It looks like first-party IPs continue to be the mainstay of PlayStation gaming.

Xbox is finally answering with their most potent weapons, Halo and the Master Chief.

Halo Should Be Xbox’s Mario

The latest box art for Halo Infinite was just released ahead of tomorrow’s Xbox game showcase. It seems pretty clear that this new artwork is calling back to the original game’s artwork.

The image has an eerily similar composition, from the Master Chief himself to the way the ring-world he’s standing on rises into the distance. The new artwork evokes the first game in a significant way.

Microsoft has started to realize that strong IPs are their best way forward. Halo is probably one of the most reliable IPs that Xbox currently has, with Gears and Fable being the only other real contender. 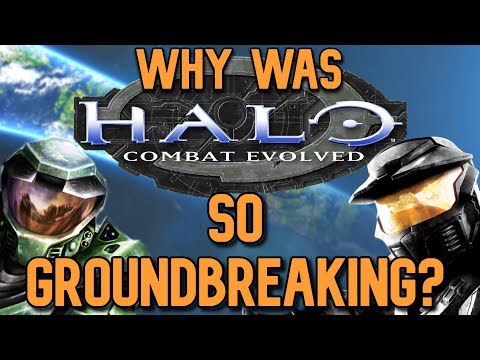 Tomorrow’s Event Will Be Critical

Xbox’s sales have indeed paled in comparison to Sony’s PlayStation this current generation. The intense focus on massive narrative games towards the end of the console’s cycle seems to have worked out for Sony.

If Xbox wants to claw back some market share, an excellent Halo game would be one way to do it. After all, the original Halo was a considerable success and pretty groundbreaking in its own right. It solidified twin-sticks as the goto controller method for console FPS for starters.

All Microsoft needs to do, is remind everyone why they loved the games in the first place. Give us something groundbreaking for this next-generation, combine it with the stunning Xbox Game Pass offerings, and they might just come out with a win.