One thing Democrats are notorious for is sticking together. However, the ludicrous Green New Deal is going to expose which of them will break ranks from the ascendent Alexandria Ocasio-Cortez wing of the party and air on the side of sanity.

Senate Majority Leader Mitch McConnell has set a vote over the Green New Deal for Tuesday afternoon. Most Democrats have boasted about the greatness of the radical proposal since it was introduced last month. However, since McConnell said, “okay, let’s vote,” they’ve been screaming bloody murder.

I could not be more glad that the American people will have the opportunity to learn precisely where each one of their senators stand on the “Green New Deal”: a radical, top-down, socialist makeover of the entire U.S. economy.

When the resolution for the deal is introduced, the word is many Democrats plan to vote “present.” That way they avoid actually saying yea or nay.

Do they think that by dodging the question in this manner, the American voter won’t see their complicity? If it’s such a good thing, sounding off on it early would be great, right? 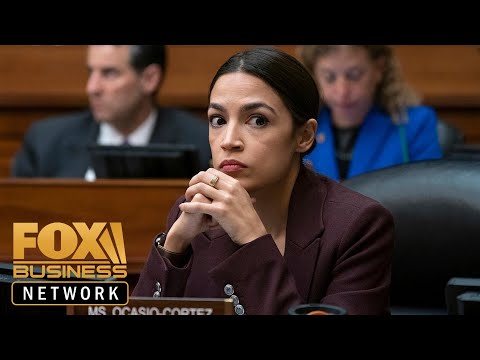 The Green New Deal is primarily the brainchild of freshman congresswoman Alexandria Ocasio-Cortez. It purports to be the means to save the planet from the deadly effects of climate change. Not only does it fail at being economically feasible, but it is also full of ridiculous pipedreams that should have stayed in AOC’s head.

To the tune of $93 trillion, the freshman AOC and other lawmakers have been prancing around making speeches about the Green New Deal’s viability. Either they are truly stupid, or they think most Americans are gullible enough to fall for it.

Some of them have said that the deal was meant to start a conversation and that it was aspirational. Those are the types of comments that really aggravate Americans. We didn’t vote them into office to spend time cobbling together packages of thoughts and ideas.

They are there to consider, debate, introduce and move actionable legislation. We don’t need any “conversations.” That should be done among their constituents during one of their many junkets to their respective districts.

Democrats in $93 Trillion Pickle, But They Don’t Care

Virtually every Democrat in the 2020 presidential parade supports this $93 trillion plan. None of them have concretely said how it would be funded.

We packed into city hall yesterday and talked about the big, structural changes we’re fighting for—like a Green New Deal and getting rid of the electoral college. Thank you, Berlin! pic.twitter.com/uVtdTWjWbV

Nor do they care, since they can just wave their hands and tug on the heart-strings of their radical leftist base.

“We as human beings have within our power the ability to change our behavior not in drastic ways, by the way, to reduce the effects of climate change.”

If she thinks that’s what qualifies as reasoned analysis, she’s just as out of touch as her counterparts. It’s questionable that these people who want to be president even care about the ramifications of such a ridiculous deal.

Their lackadaisical attitudes are infuriating.

Will They Listen To Anyone But AOC?

Self-described socialist AOC has been on a roll since she was “inaugurated” (remember that gaffe?) and has managed to rapidly become a leader in the leftwards-lurching Democratic party.

More sophisticated thought leaders have weighed in, but it may very well be that only logical folks heard them.

Former President Barack Obama this week warned freshman Democrats about needing to figure out a way to pay for their proposals.

Coffee king Howard Schultz is also not impressed. Speaking about job creation today on Fox Business Network, he explained that the Green New Deal is not a solution, calling it a fantasy.

But, that entire thing about job creation is lost upon AOC – just ask Amazon.