Check out what @Google is up to for the 2020 election! #KAG2020 pic.twitter.com/roM2WNmUSP

The background on Trump’s problems with the internet search giant extends back several years. For quite some time, political conservatives have complained about a bias toward their ideology when it comes to Google search results.

There’ve been a number of exposés regarding these allegations, and Google certainly has a lot of explaining to do.

Google has denied these allegations, but even former employees of the company have claimed that Sundar Pichai lied while testifying before Congress.

This isn’t a political screed so much as a caution to investors.

The Feds Are a Hammer on Google’s Nail

The Department of Justice has launched investigations into many big tech companies, including Google. As it is, Google is going to have a hard time demonstrating that its advertising practices are not anticompetitive. The company controls about 90% of the online advertising market.

The DOJ may or may not have a case in regards to any alleged anti-conservative bias. What matters here is that Trump may be trying to leverage one investigation against the other in an effort to reform Google’s business practices.

For example, by pressuring Sundar Pichai to cease the company’s anti-conservative bias, Trump may then call off the DOJ’s investigation into any possible antitrust claim.

On the other side of the coin, by pressuring Google on the antitrust front, Donald Trump’s goal may be to get the company to cease its anti-conservative bias.

Investors in Google stock would be wise to pay attention to Trump and not dismiss his tweets as simple ranting.

Donald Trump demanded that the DOJ’s antitrust division pursue its case to block the merger of AT&T with Time Warner. He did this for the sole reason that he hates CNN. He repeatedly has referred to CNN as “fake news,” attacking the network’s lack of journalistic integrity and bias.

Despite the fact that any antitrust claim to block this merger was weak at best, Donald Trump still had the division go to the mat over the case. Even after the judge clearly ruled in AT&T’s favor, Trump insisted the DOJ appeal the case to the next highest court.

This should be of concern to Google investors. On top of earnings results that seem to suggest slowing growth, Google investors now have to worry about multiple federal investigations into its practices.

There are likely to be even more federal investigations. 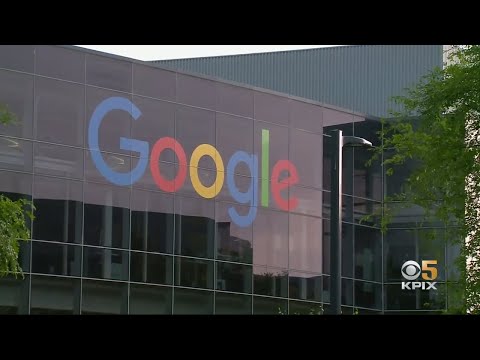 Just as the Federal Reserve has been looking into Amazon’s use of its cloud computing systems regarding bank data, Google could be visited by other federal regulators for any number of other issues.

By using the bully pulpit of the presidency, Donald Trump could make life at Google very difficult.

That creates a risk for Google investors. Investors don’t like risk. Risk means uncertainty. Uncertainty leads to a declining stock price more often than not.

This issue is not likely to be resolved anytime soon. Certainly, the pressure on Google will be maintained until next year’s presidential election. If Trump wins, the pressure will continue to mount. A second term is more than enough time for the DOJ to prosecute any number of cases against the tech giant.

Caution is warranted on Google stock.