The European Union’s antitrust commissioner has emerged as a surprise ally for Facebook, Google, and even Apple as Elizabeth Warren bets her presidential bid on breaking up big tech. Margrethe Vestager, until now a thorn in the regulatory side of technology giants like Amazon and Google, has surprisingly emerged in their support.

To break up a company, to break up private property would be very far reaching, and you would need to have a very strong case that it would produce better results for consumers in the marketplace.

Under Commissioner Margrethe @vestager, the EU fined Google with it’s biggest settlement yet ($2 billion, twice as much it fined Intel in 2009) #SXSWhttps://t.co/U5ERDkc1Yo

Vestager advocates for “mainstream tools” and her current “antitrust” approach to allow correction in the market, adding:

We’re dealing with private property; businesses that are built and invested in and become successful because of their innovation.

Vestager appears to answer 2020 presidential candidate Elizabeth Warren’s controversial proposal to strip Amazon, Google, and others of their oligopoly, stating:

When it comes to the very far reaching proposal to split up companies, for us, from a European perspective, that would be a measure of last resort.

This is “the woman Silicon Valley fears,” but maybe not anymore. 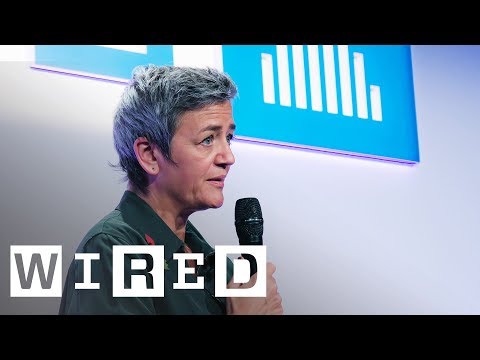 Getting in the Way of Elizabeth Warren

She is described as the world’s toughest technology regulator and a “nemesis” of social media, e-commerce, and internet giants.

That’s why Vestager’s comments are so surprising. She may have mellowed as she nears the end of her term as the head of the EU’s Commission for Competition on November 1. This is long before the 2020 elections, though she is on the shortlist for the next presidency of the EU Commission.

Remarkable: “Google pays more to the EU in fines than in taxes.”

In her current term, Vestager is responsible for record fines and tax actions against technology companies. The commission, under her watch, has fined Google over $6 billion in antitrust penalties, recouped over $14 billion in back tax from Apple, and fined Facebook $122 million over WhatsApp violations. It still has ongoing monopoly investigations pending against Amazon and other pending issues with Google.

Your tax lady, she really hates the U.S.

Why Warren Wants Limits in Place 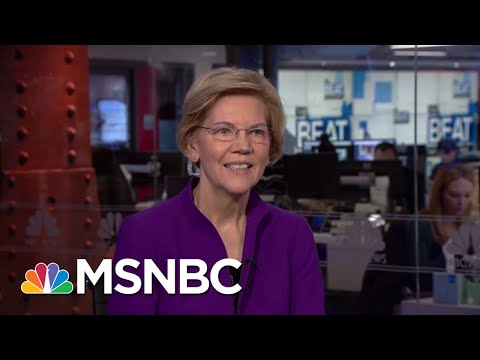 Senator Elizabeth Warren recently commented that it was time to “break up Amazon, Google, and Facebook.” She believes big tech companies have ”too much power over our economy, our society, and our democracy.” She says these giants should not be able to run marketplaces and sell their own products.

A day later, she was asked if Apple should also be broken apart. She responded with:

Either they run the platform or they play in the store. They don’t get to do both at the same time.

Warren likens breaking up technology giants to the action taken against America’s railroad companies a hundred years ago. She objects to “market dominance” and the ability to price-hike and cut out competition because of it.