Susan Sarandon got canceled by the Blue Wave crowd on Twitter this week for endorsing a “progressive populist” third party. She jumped in to defend one of the third party’s leaders after revealing he is not voting for Joe Biden on Nov 3rd.

Bernie Bros Are Dumping Democrats and Starting A Third Party

The newly-formed “People’s Party” isn’t fielding a presidential candidate this year. Its team is laying the groundwork for 2022 midterm candidates and a 2024 White House bid.

In 2021, we will be hosting our founding convention to establish the party, ready to run candidates in the 2022 midterms. In 2024 America will finally have the opportunity to elect a President who will serve the People.

But advisory committee member Ryan Knight is campaigning against the Democratic Party early, much to Susan Sarandon’s delight. On Monday, he tweeted:

Knight added, and one can imagine Susan Sarandon vigorously applauding:

it’d be one thing if the Democratic party asked us to hold our nose and vote for the ‘lesser of 2 evils’ for 1 or 2 elections, but they’ve been doing this for the last 50 years, and at some point, brave people have to stand up and DEMAND BETTER, or nothing will fundamentally change

Susan Sarandon jumping on the never Biden bandwagon, didn’t please Democratic Party loyalists. She drew a swift backlash from exasperated anti-Trumpers willing to vote for Joe Biden just to get rid of Trump.

They’re incensed that she would hinder Joe Biden’s chances. He’s the one candidate polling high enough to realistically defeat Trump. She’s fragmenting the center-left vote in a contest won by numbers.

Others took it a step further and argued the “Dead Man Walking” star is putting lives in danger to cling to “abstract principles.”

But there’s no way to be so sure that lives would matter more or differently in America under Joe Biden. Reason Magazine took a hard look at Biden’s policy record:

An accompanying video is full of absolutely shocking sound bites from over the years. When Donald Trump talks tough, he does it with a grin, goes over the top with dystopian imagery at his 2016 nominating convention, and wants his military parades to “look like North Korea.”

When Joe Biden talks tough, he does it with a scowl and sounds terrifying: 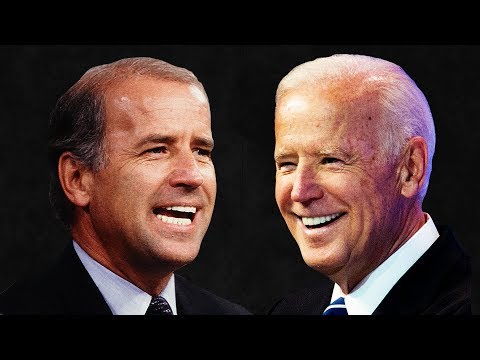 If lives are at stake in the bid to unseat Trump, why is it Susan Sarandon’s fault that Democrats nominated Joe Biden? If it was so important, maybe the Democrats who picked Biden are endangering marginalized people. Perhaps they’re putting abstract partisan loyalties above very real lives.

Value real lives by voting for politicians who actually do, not ones who say they do, but have a policy record that makes them easy to doubt.

Susan’s vote doesn’t belong to anybody but her. And it’s her right, maybe even her duty, to cast it for her choice, and tell everyone why before Election Day.