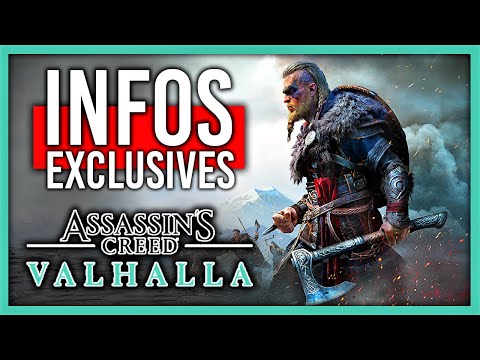 Laferrière says that Ubisoft’s ambition of recreating the entirety of England as well as a sizable chunk of Norway and ‘secret’ areas means players can look forward to ‘many many hours of gameplay.’

The question is: what content will fill those hours?

According to a tweet authored by Ubisoft’s communication boss in the Middle East region, Malek Teffaha, a few weeks, Assassin’s Creed Valhalla will neither be the longest nor the biggest game in the franchise. Teffaha said that Ubisoft was acutely aware and listening to criticism of Odyssey and adapting Valhalla accordingly.

Mysteriously, the tweet has since been deleted. Seen in the context of Laferrière’s comments, this may be the first sign that Valhalla is just as bloated as its predecessor.

With over a 100 hours of gameplay (without factoring the glut of DLC that came after launch) Assassin’s Creed Odyssey boasted a dizzying array of content, much of it veering into filler territory due to its repetitive nature. Many felt Ubisoft had artificially inflated the game’s length with quests and missions that did little to enhance the overall experience, but instead served to add a few hours of game here and there.

To say that a vast open-world invariably equates to a bloated game would be disingenuous. Take, for example, The Witcher 3: Wild Hunt. While CD Projekt Red delivered a massive game, the developer succeeded in peppering the sprawling open world with engaging side quests and activities that often one-upped the main story-line when it came to quality.

Although Odyssey’s gorgeous take on the Aegean sea was a visual treat and the game itself was overall an impressive feat, island hopping turned tedious as each location blurred into the next. Painfully similar fetch quests and near-identical military and bandit camp layouts left little space for variety.

Whether Assassin’s Creed Valhalla will reverse that trend remains to be seen, but a map larger than Odyssey’s doesn’t exactly instill confidence.