Woke Twitter tried to give comedian Gary Owen all the smoke.

And it blew right back in their faces.

This is a promising sign for a world that desperately needs to preserve its sense of humor and overall sanity.

It all started with one little tweet from one little Twitter user with a measly 900 followers. That was enough to inspire a backlash so great that it hopefully gives other would-be social justice warriors pause before slinging more accusations.

During the highly-anticipated Verzuz battle between Gucci Mane and Jeezy, Gary Owen said watching it made him “want some Hennessy & a black & mild.” That’s a highly-touted drink/cigar combination in the rap world.

But because he’s white, Woke Twitter decided that “this feel racist.”

The Black Community Loves Gary Owen, and They Showed Up

If you don’t know Gary Owen, check out this clip of him charming a (predominately Black) audience while talking about, of all things, being a cop: 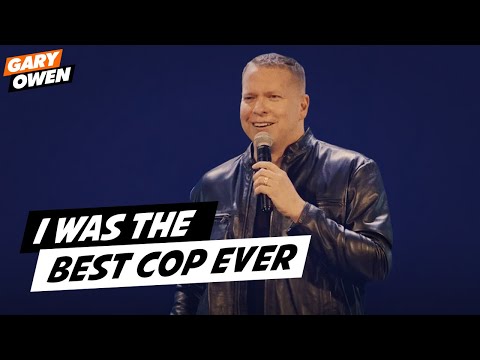 This man is married to a Black woman, he’s raising Black kids, and he has his own TV show on BET.

Gary Owen was accepted into the Black community years ago. He makes jokes about black culture because guess what? That’s okay when your intentions are good.

All too often, people get offended on behalf of some other community. As Dave Chapelle said in a recent special, trans people don’t get nearly as upset at his jokes as their ‘allies.’

Obviously, there’s no shortage of racist and homophobic people in our country. But the majority of us are well-intentioned, and some of us even have a sense of humor. People like Gary Owen’s fans.

And they were not about to let this woke hero get away with trashing one of their favorite comedians.

Check out some of these clap backs:

Some of y'all "woke" folks been "woke" so long, y'all need to go take a nap. Black folks disrespecting each other all cuz Gary Owen wanted some Hennessey & a black & mild. I wish y'all had all this energy for more important issues going on in the world. pic.twitter.com/1O35sHqKG2

*Rolling over to see why Gary Owen is trending*
*Going right back to bed with his invitation to the cookout still intact* pic.twitter.com/JWRsTFn9ou

There you have it, folks. You don’t always need to be woke. Sometimes, you just need to wake up.