Fortnite streamer Ninja gets angry at games. A lot. Maybe that’s why he felt the need to defend getting angry about losing in video games. Yesterday, he wrote a tweet on the subject. It was not a well-received tweet.

We’ve now had plenty of people sharing the effect that Ninja seems to be having on the young members of his audience. As you can imagine, it is far from a positive effect.

Ninja Appears To Be Contributing to Violent Outbursts in his Audience

A twitter user going by the name voidrantsback posted a very in-depth thread about her experiences. She goes into detail about her nephew and his violent outbursts. According to her, he came from an abusive family and watch Ninja because his angry fits of rage matched what he was used to.

Allegedly this child would also suffer from extreme fits of anger whenever he lost at a game of Fortnite. Even when his guardians try to explain to him rationally about the differences between him and Ninja, he would still have an extremely negative response, even hitting them.

Once this kid was banned from watching Ninja, his outbursts seemed to die down. Supposedly if he loses now he takes a moment to think about what he could have done differently. Quite a dramatic difference. 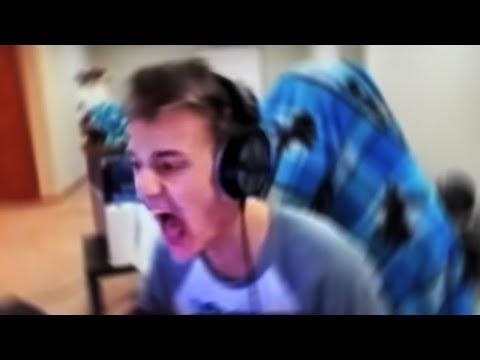 This Isn’t the Only Case of This Happening, Apparently

In the replies to the above thread, people shared other examples of Ninja causing this sort of behavior. All of this information is anecdotal, but it does paint something of a picture. Both of Ninja, and of his audience.

The truth is that Ninja is a public figure. More than that, he is a public figure who has far, far too much influence on young children. When he makes these blanket statements, and cannot control his emotions on camera, it sends a message to his followers: Getting angry and freaking out is okay.

This is not the sort of response we want to be teaching young gamers. That is exactly how we end up with the toxic sess pit that certain online gaming communities have become. With figures like Ninja influencing gamers of the future, it almost hurts to think about what lobby’s will be like in the next few years.