By CCN.com: Fortnite Season 9 has begun, and along with with it, a heavy dose of carnage and chaos. Even the Battle Royale map hasn’t been spared! Retail Row and Tilted Towers were obliterated and replaced with new, cyberpunk Neo-Tilted and Mega Mall. Epic Games has delivered new modes of transportation and destruction.

Give Me Your Guns, Grenades, And More! Fortnite Season 9 Has Begun

Fortnite players love guns, explosions, and relentless destruction. In Season 9, some of you will be glad to know that The Pump has been vaulted—players now have a semi-auto Combat Shotgun. This beast fires nine pellets for total damage from 73 in blue to 81 when you find it in gold—not to mention the 1.7x headshot multiplier and range increase.

Oh, by the way, Epic brought the community favorite ‘Drum Gun’ back. The Chicago Typewriter has been re-released upon The Island for players to dominate the competition. This little banger, though, will do more than hurt their ears—it’s a classic case of ice pick migraine waiting to happen. The Drum Gun has changed to 7.155% availability as of the time of writing.

Several weapons have been moved to the Fortnite vault since, however, such as: 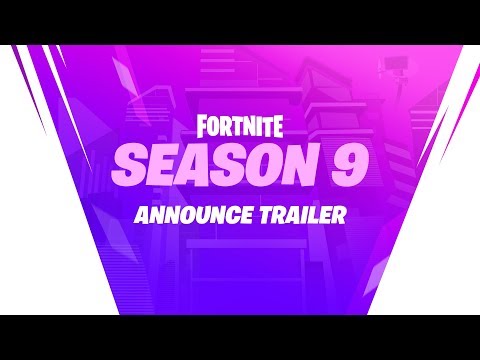 What Happened To The Map?!

The good news: Some parts of the map died a fire-y death—with explosions! The better news? Epic put them back, but with neon lights and other cyberpunk elements.

This revised version of Tilted Towers is a shining visage, drawing players to the landscape, while concealing the blood which runs through the streets as players hop along the road, handing out free “L’s” to passersby.

The Plant emerged atop the volcano after Tilted Towers and Retail Row burned to the ground. Pressure Plant is a metal-rich structure, perfect for players looking to stockpile resources for durable, late-match building.

The first thing I noticed about Mega Mall? The giant, hologram tomato. This area includes highly-detailed shops and more, with slipstreams and plenty of vertical-focus gameplay.

What Are FortBytes? What Else Is New In Fortnite Season 9?

Epic has introduced new content, much like a treasure hunt, which allows players to decode an image and upgrade their Battle Pass costumes slowly. FortBytes are 100 collectible data drops which form a complete set. Epic has not unveiled what comes once players unlock all 100, but they have stated one FortByte per day will be unlocked for players to find.

Slipstreams are large, stationary rings that blast players around via high-velocity air—spoiler alert; you can put more than just players in them. These rings are found all around the island, allowing players to move quickly from one location to another. Vehicles can also enter slipstreams, along with projectiles.

An expansion on the slipstream concept, players can fly up into airships by entering the cone of suction. Players can then proceed to battle it out and loot the mini-locations for more ammunition to throw at their opposition.

Regardless of what holds your interest in Fortnite, you’re likely to have something new between now and Season end, on August 1, 2019. That is unless you kept coming back for The Pump, then you may be waiting a while. Full Season 9 patch notes can be found here.