Epic Games’ Fortnite doesn’t hold the same position at the forefront of the gaming zeitgeist it once did, yet last night’s live event – the game’s latest in a long line of grand seasonal finales – harked back to the battle royale’s 2018 heyday. Or at least, to last year’s headline-dominating two-day black hole downtime.

It drew in an all-time record 15.3 million concurrent players, who partook in the live in-game event, tasked with orchestrating the downfall of a colossal world-chomping Galactus, wrapping up Season 4’s Marvel crossover. The event shattered the previous 12.3 million concurrent player record established earlier this year during the Travis Scott Astronomical in-game concert.

Iron Man, Thor, Wolverine, battle buses rigged with explosives, a nod to Star Wars’ iconic trench run, a cataclysmic cliffhanger – it was a testament to Epic’s talent for putting on a good show.

The developer reports that outside of the game, the event attracted 3.4 million viewers on Twitch and YouTube Gaming, breaking not just a concurrent viewer record, but the site itself, in the case of the Amazon-owned platform. 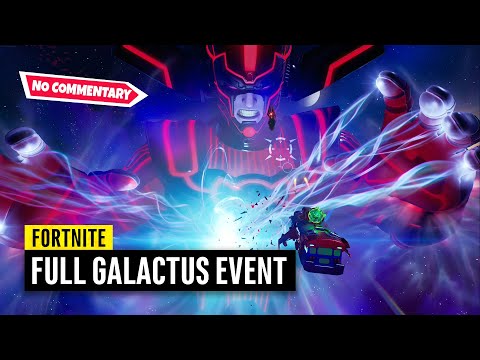 As millions tuned in to watch their favorite streamers experience the event, Twitch buckled under the load, prompting a multitude of ‘services issues’ and leaving many unable to watch streams, log-in, or even access the platform.

Spanish streamer David ‘TheGrefg’ Cánovas’ broadcast of the event saw a peak of 660,000 people watching at the same time, gifting him the crown of individual streamer with the most concurrent viewers ever. The stream even bested Ninja and rapper Drake’s Fornite antics back in 2018, which broke records at the time with 628,000 viewers.

While it’s certainly fair to say Fortnite isn’t what it once was, it’s far from dead. Having just emerged from pre-Season 5 overnight server downtime, Fortnite is currently the most-watched category on Twitch with 388,000 viewers. That’s something we haven’t seen in a while.